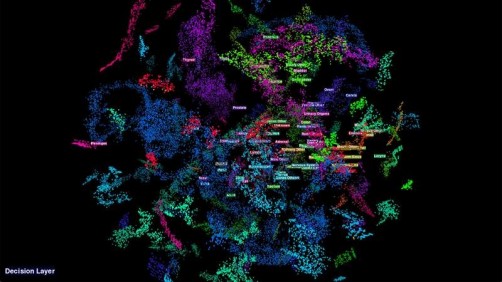 Researchers have developed a multitasking convolutional neural network (CNN) for cancer research. The CNN is the first of its kind for working with cancer pathology reports. The CNN is a deep learning model that learns to perform tasks, such as identifying key words in a body of text. It works by processing language as a two-dimensional numerical dataset. Researchers have previously used single-task CNN models to comb through pathology reports. However, each single-task model can extract only one characteristic from the range of information in the reports. Compared with the single-task CNN and conventional AI models, the new multitask CNN is much faster. It processed text reports in a fraction of the time as the single-task models. In addition, it more accurately classified each of the five cancer characteristics.

Population-level cancer surveillance is critical for monitoring the effectiveness of public health initiatives aimed at preventing, detecting, and treating cancer. To train and test the multitask CNNs with real health data, researchers used a secure data environment, more than 95,000 pathology reports from the Louisiana Tumor Registry, and the capabilities of the Oak Ridge Leadership Computing Facility, a Department of Energy Office of Science user facility. The researchers compared their multitask CNNs to three established AI models, including a single-task CNN. The researchers concluded that the multitask CNN offers superior classification accuracy for automated coding of cancer pathology documents. This finding was true across a wide range of cancers and across multiple information extraction tasks. The multitask CNN achieved this performance while needing training and inference time similar to that needed for a single task–specific model.