19-May-2017 10:45 AM EDT, by Princeton Plasma Physics Laboratory
favorite_border 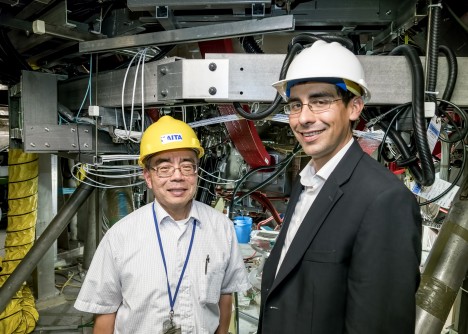 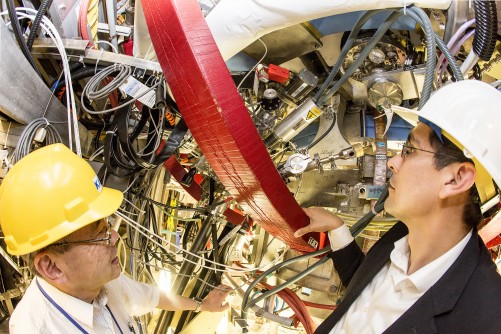 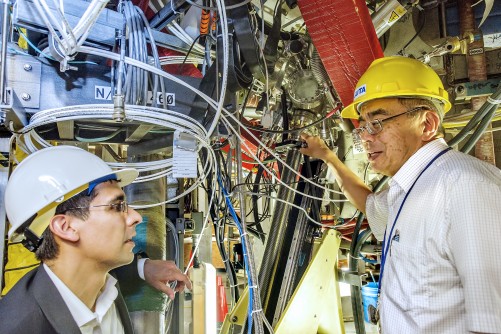 The research was conducted by former Princeton University physics graduate student Matt Lucia under the guidance of Robert Kaita, principal research physicist at PPPL and one of Lucia’s thesis advisors, as well as the team of scientists working on a machine known as the Lithium Tokamak Experiment (LTX). As part of his dissertation, Lucia investigated how lithium deposited on walls of doughnut-shaped fusion machines known as tokamaks affected the performance of LTX. Like the plasma within a tokamak, the plasma within LTX is shaped like a doughnut. The plasma, a soup of charged particles, is surrounded by a copper shell with an inner wall made of stainless steel.

Lucia used a new device known as the Materials Analysis and Particle Probe (MAPP), invented at the University of Illinois at Urbana-Champaign and installed on LTX. The MAPP system lets scientists withdraw samples into a chamber connected to LTX and study them without compromising LTX’s vacuum environment. MAPP lets scientists analyze how tokamak plasmas affect a material immediately after the experiment ends. In the past, scientists could only study samples after the machine had been shut down for maintenance; at that point, the vacuum had been broken and the samples had been exposed to many experiments, as well as to air.

Lucia used the evaporation technique to coat a piece of metal with lithium, and then used MAPP to expose the metal to plasma within LTX. As he expected, Lucia observed lithium oxide, which forms when lithium reacts with residual oxygen in LTX’s vacuum chamber. He was surprised, however, to find that the compound was just as capable of absorbing deuterium as pure lithium was.

“Matt discovered that even after the lithium coating was allowed to sit on the plasma-facing components within LTX and oxidize, it still was able to bind hydrogen,” said Kaita.

“For a while, we were thinking you had to have high-purity lithium because we thought that if the lithium already has a dance partner — oxygen — it’s not going to dance with hydrogen,” said Mike Jaworski, research physicist at PPPL and co-author of the paper. “We thought that once it was oxidized, lithium would be chemically inert. But in fact we found that lithium will take all the dance partners it can get.”

Lucia’s results are the first direct evidence that lithium oxide forms on tokamak walls and that it retains hydrogen isotopes as well as pure lithium does. They support the observation that lithium oxide can form on both graphite, like the tiles in NSTX, and on metal, and improve plasma performance.

The results support past findings involving PPPL’s National Spherical Torus Experiment (NSTX), a tokamak. In 2010, scientists placed a large metal ring coated with lithium on the floor of NSTX’s vacuum vessel. This device, known as the Liquid Lithium Divertor (LLD), was the first attempt to create a large lithium-coated metal surface inside NSTX. Later, after the NSTX divertor had been exposed to residual oxygen in the vacuum vessel, scientists studied the divertor’s surface. The researchers heated the divertor and detected deuterium. The finding hinted that the deuterium had been trapped by the lithium oxide in the LLD, but the evidence was not definitive.

These new findings indicate that lithium within tokamaks may not have to be as pure as once thought. They also show that if the carbon tiles in NSTX, now the National Spherical Torus Experiment-Upgrade (NSTX-U), are replaced with metal tiles and coated with lithium, the plasma performance should not decline. “The key thing is that we can keep on using lithium evaporation if we go to metal walls in NSTX-U,” Kaita said.

The team has to do more research to determine whether these findings will apply to future plasma machines, which might have flowing liquid metal walls that could contain both lithium and lithium oxide. “If we want to extrapolate our results to a fusion reactor, we have to ask whether the experiments are indicative of the performance we could expect in the future,” said Jaworski. The next step in this research would entail measuring precisely the hydrogen retention rate of both pure and oxidized lithium, and comparing them rigorously.

The findings appeared in the April 2017 issue of Fusion Engineering and Design. The research was funded by the DOE Office of Science (Fusion Energy Sciences).

The team included scientists from PPPL, the University of Illinois at Urbana-Champaign, The College of New Jersey, Princeton University, and Lawrence Livermore National Laboratory. 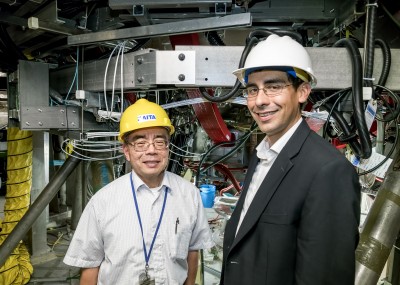 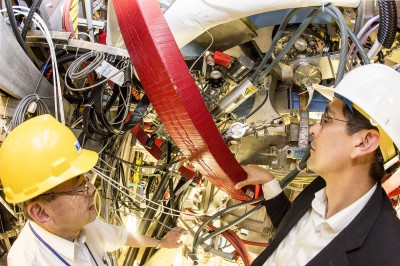 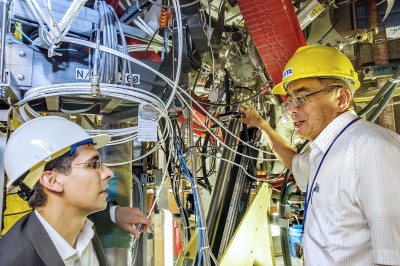