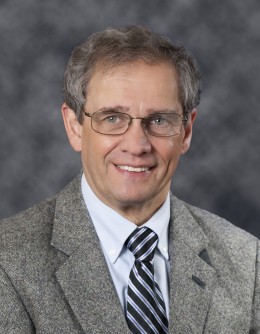 Newswise — Engineers at the U.S. Department of Energy's Princeton Plasma Physics Laboratory (PPPL) have finished designing a novel component for the Wendelstein 7-X (W7-X) stellarator, which recently opened at the Max Planck Institute of Plasma Physics (IPP) in Griefswald, Germany. Known as a "test divertor unit (TDU) scraper element," the component intercepts some of the heat flowing towards the divertor — a part of the machine that collects heat and particles as they escape from the plasma before they hit the stellarator wall or degrade the plasma's performance. Stellarators are fusion facilities that confine plasma in twisty magnetic fields, compared with the symmetrical fields that tokamaks use.

Two of the components are being built and are scheduled to be delivered to IPP in September 2016, with the complete unit to be installed and ready to operate in late 2017. Once installed, the scraper will let physicists explore a wide variety of ways to arrange the stellarator's magnetic fields and vary the currents and pressures of the plasma. This project was supported by the DOE Office of Science (Office of Fusion Energy Sciences).

Engineers realized the need for the scraper element when they noticed that as the plasma exited the vessel, it sometimes struck parts of the divertor that weren't intended to handle high heat loads. "This problem had to be solved to avoid damage to the stellarator equipment," said Hutch Neilson, head of PPPL's advanced projects department and coordinator of PPPL's collaborations with W7-X.

The resulting design, begun by scientists at Oak Ridge National Laboratory (ORNL) and completed by researchers at PPPL, ensures that the heat from fusion reactions will hit the scraper before reaching the divertor. "The scraper element is an additional divertor plate that intercepts the heat earlier," said Sam Lazerson, a stellarator computational physicist at PPPL who will be stationed at W7-X until February 2016.

Engineers plan the scraper together with diagnostic devices to measure the heat flow more precisely. And they will use computer models to "check our understanding of how the exhaust power flows from the plasma to the stellarator's first wall," said Neilson.

Engineers also had to consider that the scraper would not be actively cooled. This was a problem since the temperature of the scraper would rise more quickly than that of its supporting structure during W7-X operations. "The design relied on sophisticated thermal-mechanical analyses by our Engineering Analysis Branch," said Neilson. The analysis ensured that "all materials will stay below their temperature limits and that stresses caused by thermal expansion will be low enough to avoid component damage."

A panel of researchers from PPPL, ORNL, and IPP approved the design on November 11, 2015, after a series of reviews. According to a committee report, "discussions between the PPPL cognizant engineer, Douglas Loesser, and IPP staff, resulted in a simplified design that will significantly reduce design, fabrication, and assembly costs."