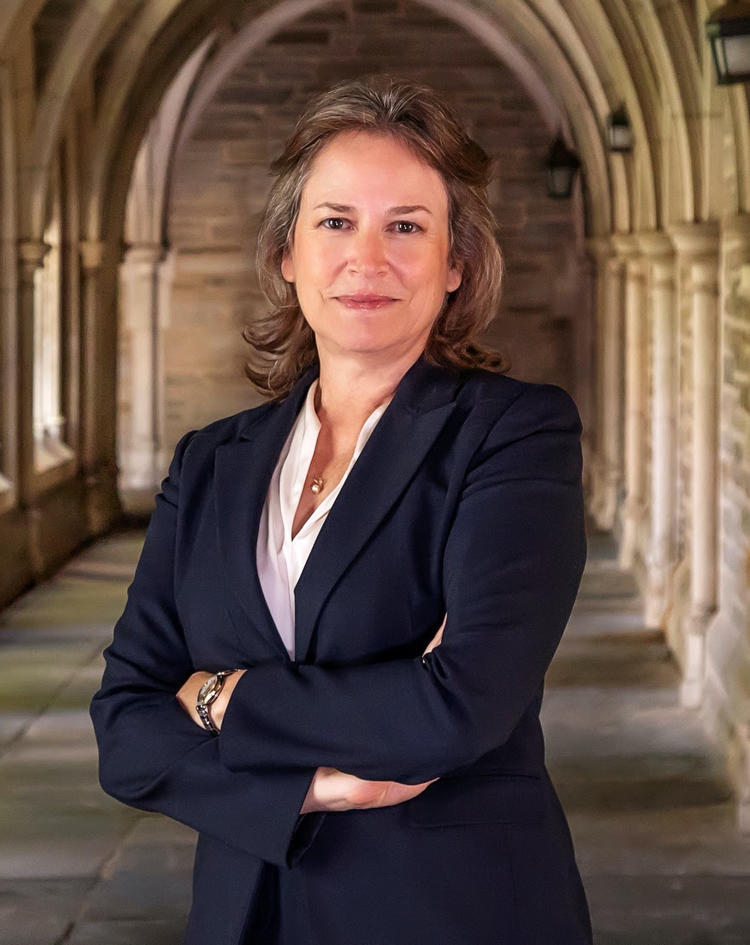 The founding director of Princeton University’s Andlinger Center for Energy and the Environment, Carter, who will also be the Gerhard R. Andlinger '52 Professor in Energy and the Environment and Professor of Mechanical and Aerospace Engineering at the university, has earned global recognition for fundamental research contributions as well as for her vision for harnessing science and policy to produce lasting solutions to societal problems, including those of energy and the environment.

“Emily is an international leader in sustainability science from carbon utilization to renewable energy to fusion. I am thrilled that she has agreed to help us contribute to these critical priorities of U.S. Energy Secretary Jennifer Granholm,” said Steve Cowley, PPPL director.

“I am extremely happy to return to Princeton and to join PPPL in this critical role,” Carter said. “This position is a perfect fit and aligns exactly with my interests and mission. PPPL is unquestionably a national treasure trove of expertise in fusion and energy, and I look forward to working with Steve Cowley and all the superb researchers at the Lab on creating a more sustainable planet.”

Carter was a faculty member at the UCLA for 16 years before joining the Princeton faculty in 2004. She has received many honors for her work, including election to the National Academy of Sciences, the American Academy of Arts and Sciences, and the National Academy of Engineering. She has served on many advisory boards, including the National Research Council’s Boards on Chemical Sciences and Technology and Energy and Environmental Systems, advisory bodies to the federal government. She also has been a member of the advisory board of another national laboratory, the Lawrence Berkeley National Laboratory, for the past five years, and before that served on the Scientific Policy Committee of the SLAC National Accelerator Laboratory.

Her work in theoretical chemistry and applied mathematics has bridged fundamental science and practical applications. Her research spans the fields of chemistry, physics, applied mathematics and engineering and has included creating quantum mechanical tools for understanding and analyzing the behaviors of large numbers of atoms and electrons in materials. This highly influential work led in recent years to Carter’s research on the discovery and design of materials for generating clean electricity from sunlight and from fuel cells; making fuels and chemicals catalytically from carbon dioxide, water, air, and excess renewable energy; and investigating lightweight metal alloys for fuel-efficient vehicles and fusion reactor walls. A sought-after public speaker on sustainable energy, she is the author of more than 400 publications and has delivered more than 500 invited and plenary lectures worldwide.

Carter became executive vice chancellor and provost at UCLA in 2019. She previously was at Princeton, most recently as the Gerhard R. Andlinger Professor in Energy and the Environment and dean of the engineering school from 2016 to 2019. Prior to her tenure as dean, she served as Princeton’s Andlinger Center for Energy and the Environment’s founding director. In that role, Carter curated the development of its physical infrastructure, interdisciplinary ecosystem and intellectual community. As dean of engineering, she led 10 academic units comprising six departments and four interdisciplinary centers and institutes and 12 undergraduate certificate programs.

She had served on the UCLA chemistry faculty from 1988 to 2004 and materials science and engineering faculty from 2002 to 2004, and helped establish UCLA’s Institute for Pure and Applied Mathematics and the California NanoSystems Institute.

Carter is the recipient of several major prizes, including the 2017 Irving Langmuir Prize in Chemical Physics from the American Physical Society and the 2018 Award in Theoretical Chemistry from the American Chemical Society. She received her bachelor’s degree from the University of California, Berkeley, and her Ph.D. from the California Institute of Technology, both in chemistry.