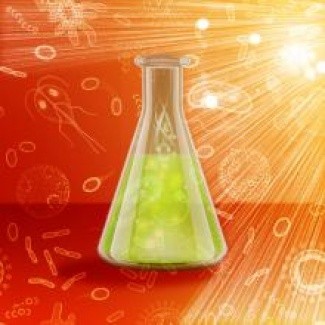 A new finding shows how photosynthesizing bacteria protect themselves against too much sun. Knowing how the bacteria regulate light could inform efforts to one day create fuels from sunlight.

Newswise — Borrowing lessons from green plants and certain bacteria that have already fine-tuned their use of solar energy is an attractive target for next-generation solar capture technologies. Conversion and transfer of solar energy by these organisms to chemical compounds that can serve as biological fuels (that is, food) forms the basis of most life on Earth. Existing biological mechanisms for solar energy transfer can inform the design of more efficient technologies.

However, scientists need to know more about how these organisms work, and especially how they are able to efficiently harness solar energy. Such research is the focus at the Photosynthetic Antenna Research Center (PARC), an Energy Frontier Research Center.

Scientists at PARC recently discovered a previously unknown mechanism by which more primitive photosynthetic organisms can regulate the harmful effects of light overexposure.

While solar energy powers photosynthesis, overexposure to light can also lead to harmful effects on light-harvesting complexes. A major way that photosynthesizers protect their complexes from overexposure is through the use of compounds called carotenoids, which quench excessive energy transfers that can lead to harmful effects (overexcitation). One of the more familiar carotenoids is the red-orange pigment β-Carotene, which contributes to the coloring of carrots and tomatoes.

However, in some light-harvesting antenna complexes in primitive photosynthesizers that do not produce oxygen, the quenching mechanism remained a mystery. PARC scientists recently reported a new, simple mechanism for overexcitation regulation in these antenna proteins that are termed Fenna-Matthews-Olson (FMO) complexes.

This organism is naturally found in rather inhospitable environments such as hot springs and low-oxygen muds that contain large amounts of sulfur that it can use as an energy source.

Cba uses electron transfer proteins during photosynthesis that are damaged by oxygen. It is thus imperative that Cba turns down photosynthetic activity when oxygen is present to reduce oxygen-related damage, and FMOs are integral in quenching.

To determine the molecular mechanism behind this process, the researchers sought to identify differences in the FMO protein’s constituents (amino acids) both when exposed to open air and in the absence of oxygen. Because Cba is found in environments without oxygen, isolation of the protein in open air represents a non-natural treatment.

Using high-sensitivity spectroscopic methods that can detect molecular changes of individual amino acids, the researchers found that only two amino acids (both cysteines) differed when the proteins were purified in open air. This was particularly remarkable considering that the FMO proteins are composed of several hundred amino acids. Direct modification of those two cysteines then resulted in diminished quenching ability. In particular, one of the two cysteines had a much more dramatic effect on the FMO quenching process.

The researchers proposed a mechanism based on their observations where the sulfur atoms in the cysteines are converted to highly reactive radical forms when oxygen is abundant. A series of electron transfers then occurs between the highly reactive radicals and the adjacent light-energized, light-harvesting photosynthetic pigments. Ultimately, the energy in the excited pigments is released as heat rather than being transferred through the photosynthetic apparatus, resulting in quenching.

The key to the two cysteines’ regulatory effect is that they do not likely act as an on/off switch but rather as a volume knob. Importantly, the quenching mechanism is also exceedingly simple, being controlled primarily by one of the two cysteines.

It is easy to imagine using this simple mechanism to fine-tune other photosynthetic systems where increased regulation is desired. One example would be to engineer organisms to better control photosynthetic rates and therefore the production of key biofuels such as oils and hydrogen gas.

In addition, the quenching mechanism proposed by PARC researchers may not be confined to just primitive non-oxygen-producing photosynthesizers. Research by PARC scientists indicates that this mechanism is also present in other proteins involved in cyanobacterial photosynthesis. In contrast to Cba and other non-oxygen-producing photosynthesizers, Cyanobacteria produce oxygen. Cyanobacteria are also one of the primary producers of global biological energy supplies and are responsible for the global cycling of several major nutrients.

Developing the next generation of clean, renewable and economic energy technologies that use solar energy is a significant challenge. Photosynthetic biological systems have adapted to fine-tune their machinery to efficiently harness and transfer energy. Much insight can be gained by understanding how these conversions and transfer mechanisms work. Researchers at PARC have detailed a new and exciting simple mechanism in photosynthetic regulation. It is likely that many more such mechanisms are being used by photosynthesizers naturally and await discovery and potential application in biology-inspired solar energy technologies.

All work, except for electron paramagnetic resonance spectroscopy, was supported as part of the Photosynthetic Antenna Research Center, an Energy Frontier Research Center funded by the U.S. Department of Energy, Office of Science, Office of Basic Energy Sciences. The purchase of the Bruker EMX-PLUS EPR spectrometer was supported by National Science Foundation Major Research Instrumentation Award.