The Effect of Hurricanes on Puerto Rico’s Dry Forests 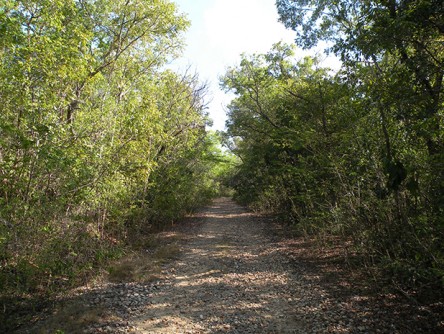 The Guanica Dry Forest in Puerto Rico is a very dense forest with small stems because it is routinely hit by hurricanes and is heavily disturbed.

Caribbean tropical forests are subject to hurricane impacts of great variability. In addition to natural storm incongruity, climate change can alter storm formation, duration, frequency, and intensity. Scientists assessed the impacts of storms of different intensities and frequencies on tropical dry forests. This is the first attempt to model hurricane effects for dry forests in Puerto Rico — a unique, overlooked, and threatened biome. The results revealed that more frequent storms (which remained at historical intensity levels) led these forests with productive, leafy trees to switch from a carbon source to a carbon sink.

The results suggest that subtropical dry forests will remain resilient to hurricanes. However, carbon stocks will decrease if future climates increase hurricane frequency by 50 percent or more. Carbon stocks affect an ecosystem’s ability to accumulate carbon. Tropical forests can sequester large amounts of carbon each year, especially during forest regeneration and recovery. This study can improve the quantification of the amount of carbon that can enter a forest after a disturbance and how forests can be used as a mitigation tool for climate change.

While there is evidence that hurricane intensity has been increasing in the Atlantic Basin over the past 30 years, the research shows that the long-term forest structure and productivity will not be largely affected in relationship to changes in storm intensity alone. While the storms produced large fluctuations in biomass losses and gains, the results suggest that subtropical dry forests will remain resilient to hurricane disturbances. Increasingly frequent hurricanes were predicted to decrease aboveground biomass by between 5 percent and 39 percent, depending on the storm frequency. However, over the recovery time period, net primary productivity increased between 32 percent and 50 percent, and the carbon loss from each hurricane event always recovered. With an increase in the frequency of storms, the total annual carbon accumulation switched to storing carbon due to shifts in leaf production, annual litterfall, and decreased coarse woody debris, indicating a carbon sink into the forest over the long-term and highlighting major carbon components that should be included in disturbance modeling. These results, and the new disturbance damage routine, are being considered for DOE’s new dynamic vegetation model the Functionally Assembled Terrestrial Ecosystem Simulator (FATES), which is being integrated into the E3SM Land Model version 1 (ELMv1) and used by the Next Generation Ecosystem Experiment-Tropics (NGEE-Tropics) Project.

This research was funded by the U.S. Department of Energy, Office of Science, Biological and Environmental Research (contact DE-AC02-05CH11231) as part of the Next Generation Ecosystem Experiment-Tropics (NGEE-Tropics) and Accelerated Climate Modeling for Energy (ACME) programs.