Molecular-level understanding of cellulose structure reveals why it resists degradation and could lead to cost-effective biofuels. 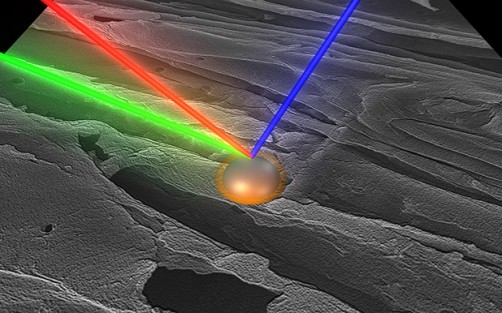 A research collaboration substantially increased understanding of cellulosic biomass recalcitrance. The team’s findings not only challenge traditional understanding but also provide insight into the molecular structure of cellulose that will advance bioproducts.

A major bottleneck to producing cost-effective biofuels and many valuable chemicals is breaking down cellulose. Cellulose is an important structural component of plants. Scientists addressed this bottleneck by characterizing those molecular features that make cellulose resistant to degradation. The findings reveal—for the first time—structural differences between surface layers and the crystalline core of the two types of cellulose found in plant cell walls.

The insights from the study could help researchers develop efficient, cost-effective ways to break down cellulose. It would open a bottleneck in biofuel production. In addition, this would aid other industrial applications.

A molecular-level understanding of the resistance of cellulose to degradation is a key step toward overcoming the fundamental barrier to making biofuels cost-competitive. However, significant questions remain with respect to cellulose’s structure, particularly its surface layers and crystalline core. To address this knowledge gap, researchers from Washington State University; the Environmental Molecular Sciences Laboratory (EMSL), a DOE Office of Science user facility; and Pacific Northwest National Laboratory developed a novel high-resolution technique to examine cellulose. The technique is called Total Internal Reflection Sum Frequency Generation Vibrational Spectroscopy (SFG-VS), and it was combined with conventional SFG-VS to characterize the molecular structures of cellulose’s surface layers and crystalline bulk, respectively. The researchers conducted this research using the SFG-VS capabilities at EMSL. The findings revealed for the first time the structural differences between the surface layers and the crystalline core of cellulose. By revealing cellulose’s conformation and non-uniformity, the results challenge the traditional understanding of cellulose materials and showcase the strong value of powerful spectroscopic tools in advancing knowledge about the structure of cellulose.

This work was supported by the U.S. Department of Energy’s Office of Science, Office of Biological and Environmental Research, including support of the Environmental Molecular Sciences Laboratory (EMSL), a DOE Office of Science user facility; a Defense Advanced Research Projects Agency Young Faculty Award; Chinese Scholarship Council; and the National Science Foundation.