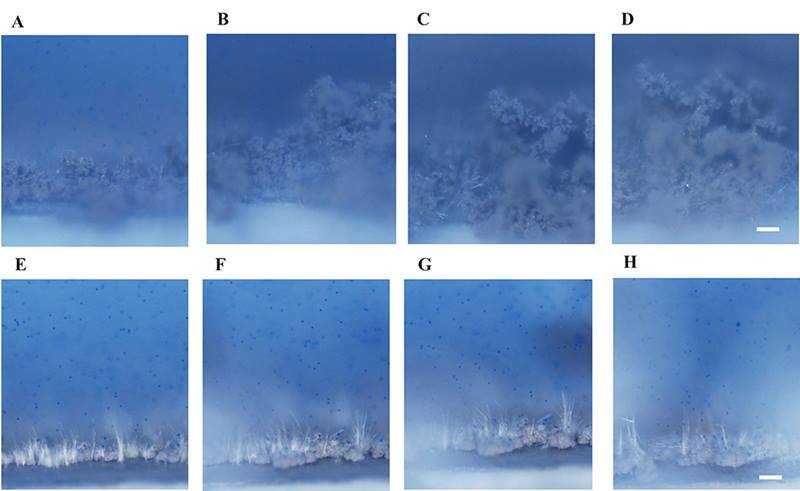 Simply adding a weighty polymer to a battery’s electrolyte solution prevents the unwanted growth of tree-like metal structures, called dendrites, known to cause short circuits. Preventing dendrites is critical for battery safety. The polymers do this by altering the consistency of the liquid significantly. They make it both sticky and elastic.

This new processing route demonstrates that adding large polymers creates electrolytes that prevent dendrite formation. This allows reactive metals such as sodium and lithium to be layered on the electrode surface using an electric current (electrodeposition). These two metals are targeted for use in more powerful batteries for storing energy from solar panels and wind farms. Because the new process enables stable electrodeposition of many metals, it may be vital for metal plating and other industrial uses.

Adding a simple new family of ultra-large polymers to the electrolyte liquids present in batteries frustrates dendrite growth. The polymers add elasticity to the liquids, which suppress an instability known as electroconvection that causes electrolytes to flow in a dendrite-forming pattern. The team observed the most dramatic stabilizing effects of polymers for reactive metals, including lithium and sodium. Researchers at Cornell University made measurements by dispersing small tracer particles in electrolytes and then tracking the particle motions with a light microscope while applying an electric field. They found that adding small amounts of a polymer known as poly(methyl methacrylate) resulted in less swirling motions and a large slowdown of particle movement. Measurements under a shearing force confirmed that the polymer additions to the electrolyte produce viscoelastic behavior. The researchers conclude that polymers function by inducing detrimental interfacial interactions and unsteadiness in the flow but do not compromise the rate of metal ion movement important to the battery function. A surprising finding is that far less (orders of magnitude) than expected polymer is needed to have a substantial effect. The new process for stabilizing electrolytes with polymers may be important in bringing safe battery technology to fruition as well as for controlling deposition processes in broadly utilized industrial applications such as paint and metal plating.

The work was supported by the Department of Energy, Office of Science, Basic Energy Sciences. X-ray spectroscopy was used through the facility at Cornell supported by the National Science Foundation.