Patients with prior COVID may be twice as likely to have unhealthy endothelial cells that line the inside of the heart and blood vessels, according to newly published research from Houston Methodist. This finding offers a new clue in understanding...
17-Aug-2022 2:45 PM EDT Add to Favorites

A new way to control pain after knee replacement surgery

A new study at Houston Methodist shows that that a new temperature-controlled radiofrequency intervention is a safe and effective way to improve symptoms of chronic rhinitis. Chronic rhinitis involves symptoms such as a near constant runny nose,...
4-Aug-2022 5:05 PM EDT Add to Favorites

We all know that people have reported brain fog and other neurological issues after having COVID-19. But a new study shows some sobering news – COVID-19 infections may have serious long-term effects. Major findings include that COVID-19 infections...
4-Aug-2022 2:50 PM EDT Add to Favorites

Stranger Things may be fiction, but music really is medicine

A new Houston Methodist study explains clever ways the BA.1 and BA.2 omicron variants escape antibodies, contributing to the ability of these variants to spread rapidly and to be so successful in infecting people with the COVID-19 virus. Knowing...
21-Apr-2022 1:05 PM EDT Add to Favorites

.A drug used to treat cardiac failure has shown promising results in treating triple negative breast cancer, according to Houston Methodist researchers who released results this week on a new combined therapy with the potential to improve outcomes...
15-Dec-2021 5:05 PM EST Add to Favorites

A silver lining is emerging amid the COVID-19 pandemic. Influenza numbers are way down – 98 percent down, according to the CDC. Locally, during flu season last year, Houston Methodist’s system of eight hospitals saw 250 to 450 flu cases per...
2-Feb-2021 2:30 PM EST

Messenger RNA – the Therapy of the Future 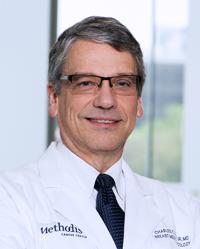 Necessity being the mother of invention, Houston Methodist clinicians, researchers and staff have collaborated on a number of clinical device and research innovations in response to COVID-19. Houston Methodist Academic Institute leadership has...
29-Apr-2020 12:10 PM EDT

Youtube feed not yet configured. Is this your Newswise member page? Contact member@newswise.com to configure this module.

U.S. News & World Report has named Houston Methodist Hospital the No. 1 hospital in Texas and among the top 20 hospitals in the nation. Houston Methodist's reputation for outstanding care, treatments and research attracts patients from Texas, the nation and around the world.

Our teams of surgeons, physicians, researchers and other experts collaborate to solve medicine’s biggest challenges and turn discoveries into new therapies and treatments. Our drive for innovation is rooted in the legacy created by world-renowned cardiac surgeon Dr. Michael E. DeBakey. He performed the first coronary artery bypass surgery in Texas, and pioneered surgical advances, which have become universal practices.

These days, Houston Methodist not only is well established as a leader in heart and vascular treatments, research and education based on DeBakey’s achievements and reputation, but also is known for spearheading breakthroughs in organ transplantation, orthopedics, cancer treatment and neurology and neuroscience.

See more
If you are a reporter please login or sign up to see the contacts.