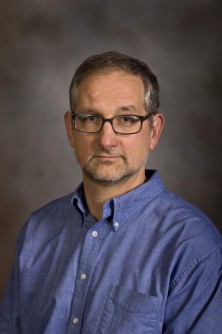 President Donald Trump is a “master” at confirmation bias -- a phenomenon hardwired into the human brain where people focus on information that confirms existing opinions and discounts the opposition, according to Virginia Tech expert Bruce Hull.

“The danger with confirmation bias is that it allows us to easily dismiss facts, because there are always alternative facts to confirm a bias,” says Hull, whose research is focused on helping leaders and organizations achieve more sustainable futures. “So If someone presents a counter argument, it is in our nature to dismiss it as fake news. At this Trump is a master.”

“Confirmation bias is harmful when change is needed, when our traditional ways of knowing and acting do more harm than good. It supports group think, preaching to the choir, and xenophobia. It narrows the window of opportunities and makes one brittle and resistant to change.”

“Trump’s defense of Confederate statues in Charlottesville to excuse the racist rioters serves as a case in point. His first instinct was to not condemn racist neo-Nazis. He’s been looking for reasons ever since. Recently he equated statues of Confederate generals to statues of Founding Fathers, ignoring the fact that many Confederate statues were erected not after the Civil War but during racist-tinged 1920s, during the rise of segregationist Jim Crow laws and neo-Nazi rallies in New York City’s Madison Square Garden.”

“The scientific method works against confirmation bias. It requires advocates of an idea to be completely transparent about their logic, precedent, data, and method so that others can decide if they would connect the dots the same way and reach the same conclusion. Because of science we no longer bleed ourselves to cure illness — an example showing we live better and longer lives when we are able to break from our tendency to confirm superstitions.”

Hull writes and speaks to organizations, communities, and leaders about sustainable development in the face of converging demographic, environmental, governance, and market transformations. He serves as an advisor for Virginia Tech‘s Global Change Center, Center for Communicating Science, and Center for Leadership in Global Sustainability. Read his full bio here.