Assassination of Political Leaders Connected to Increase in Social Conflict 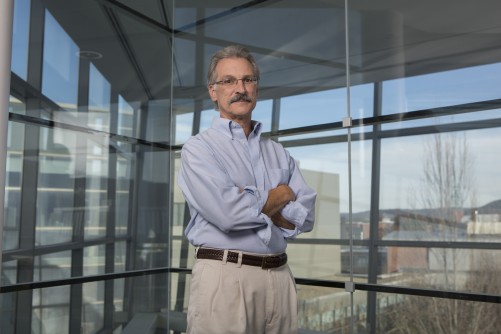 Newswise — BINGHAMTON, NY – An increase in social conflict increases the likelihood of assassinations of political leaders, according to new research co-conducted by faculty at Binghamton University, State University of New York.

“We looked at the connections between social conflict, in particular, and assassinations of political leaders who were heads of state, heads of government and de facto leaders of a country over the last 200 years,” said Francis Yammarino, SUNY distinguished professor of management at Binghamton University. “We found that (1) an increase in social conflict increases the likelihood of assassination and (2) environmental constraints and traditional culture predict social conflict and then, ultimately, leader assassination.”

The study was led by Andra Serban at Virginia Commonwealth University and conducted by a team of eight researchers that also included Kristin Lee Sotak at the State University of New York at Oswego.

Yammarino said that this information can be helpful in predicting whether or not an assassination attempt is likely in a certain area, and could be a tool to help safeguard political leaders and protect them from assassination. In another article, published in 2013, he and a similar team of researchers studied the connection between styles of leadership and assassinations and attempted assassinations.

“The findings from both articles suggest that knowing something about a political leader’s style and the social conflict in his/her country can suggest whether that leader will be assassinated or face assassination attempts,” he said.

According to Yammarino, social conflict is a major factor in the occurrence of an assassination.

“Social conflict is really inter-group conflict within a country,” said Yammarino. “We use the notion of social conflict as an umbrella term for the various types of social stratification and intergroup division within a country. As these divisions increase, tensions within the country increase. And if tensions reach a tipping point and impact enough people negatively, then assassinations or assassination attempts can result as assassins (or those negatively affected) blame the leader in charge for these problems.”

Often, people believe that if a leader is assassinated, problems will be alleviated. However, according to Yammarino, that is not always the case.

“It depends on a lot of additional factors (environmental constraints, traditional culture, religion, level of democracy, civil liberties and rule of law, political corruption) and how the country reacts after the assassination of or assassination attempt of a political leader,” he said.

Yammarino also found that other conditions such as socio-economic development, religious fundamentalism and even climate can all affect the likelihood of an assassination.

The article, “Assassination of Political Leaders: The Role of Social Conflict,” was published in The Leadership Quarterly.