California will suffer when Administration rolls back environmental regulations

Newswise — Economist Nicholas Reksten is a widely recognized expert on how environmental issues impact the economy, and how policy affects the environment.

“California has goals for reducing greenhouse gas emissions that are among the most aggressive in the world.   However, the Trump Administration’s efforts to roll back regulations, such as the repeal of an Environmental Protection Agency rule that would close a loophole in emissions standards for heavy trucks, makes these goals more difficult and costlier to meet.  Many of the Administration’s efforts will likely be stymied by courts, but the delays in implementation that result from this mean that emissions reductions need to be more aggressive later to meet goals.”
“California has a larger population than Canada and an economy that produces roughly $2.4 trillion of goods and services per year.  This gives it more room to step in to regulate sectors from which the Trump Administration retreats.  However, California agencies rely on important partnerships with federal authorities for research, data collection, rulemaking, and legal assistance.  Additionally, the federal government owns about 48% of the land in California, which means that the authority of state agencies to pursue more aggressive protection measures is limited in many areas.”
“Because of its large population, coastal location, uneven precipitation, and fragile ecosystems, California requires thoughtful and aggressive environmental regulation to preserve its citizens’ health and well-being.  This has been recognized by the federal government since the 1963 Clean Air Act, which gave California the right to set its own, stricter standards for vehicle emissions.  This environmental partnership between California and federal regulators that has persisted for more than 50 years is now under threat from an administration that is fighting to weaken environmental regulations in many areas and administration officials who have publicly suggested revoking California’s ability to set standards for cars.”

Dr. Reksten holds a Ph.D. in economics and a B.A. in international studies and economics. 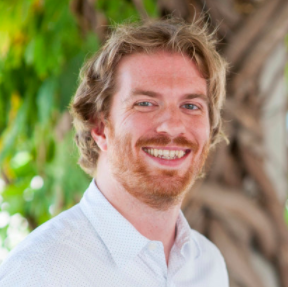