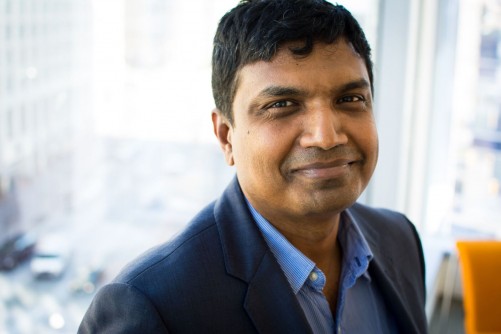 Social media is a wonderful tool for sharing information quickly; But not surprisingly, some of that information is false and has played a role in the dissemination of conspiracy theories and fake news.

Virginia Tech professor of computer science, Naren Ramakrishnan and his team have studied rumors, misinformation, and fake news on social media “Our team has seen protests erupt because of the spread of fake news. It is not just something that happens online; we are observing real world harm,” said Ramakrishnan.

Quoting Ramakrishnan“Nefarious groups have large content delivery networks to broadcast messages, with the help of twitter bots for instance. When these bots are coordinated to deliver a cascade of tweets, they can drown out accurate sources of information. And as long as there is a financial incentive to spread misinformation, this problem will continue to exist.”

“Countering fake news is a multifaceted problem that needs to bring in algorithms, economics, and the behavioral sciences. One of the most important factors determining how (and what) information goes viral are its temporal attributes, e.g., the speed of resharing on Facebook or the speed of retweeting on Twitter. So if we can detect such activity early, we can potentially counter the issue.”

“One approach is to design a counter-contagion where we cast this problem as one of halting the spread of a virus - i.e. a rumor, misinformation - in a network. By releasing a stronger contagion into the network we can compete with and eradicate the first contagion.”

“Fake news, conspiracy theories and rumors will always exist but with early detection we can offer a countermeasure before someone walks into a pizza shop with a gun.”

Request an interviewTo secure an interview with Ramakrishnan contact Ceci Leonard by email at [email protected] or 540-357-2500.

Margaret Ariotti, a political scientist who has conducted extensive field work in Burkina Faso, is available to discuss the recent coup.

Justice Breyer's Retirement-What's next for the Supreme Court?

Labor, unions and the workplace in 2022: Cornell expert source list