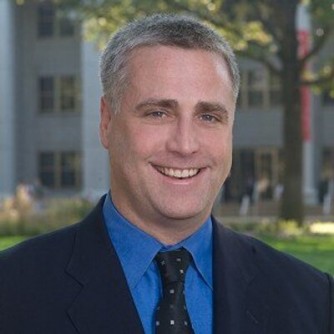 In the aftermath of the death of George Floyd while in the custody of Minneapolis police officers, intense public debate has been focused on the use of chokeholds by police officers on suspects. Several police departments and/or their government leaders already have banned their use. The debate is also taking place within the halls of Congress, and this week President Trump issued an executive order that includes a provision regarding the practice.

In addition to his extensive knowledge about protest policing, criminal justice Professor Edward Maguire is also a leading expert on chokeholds. At ASU he also serves as an associate director of the Center for Violence Prevention and Community Safety. His research focuses primarily on policing and violence.

Professor Maguire is the author or editor of five books and more than 90 journal articles and book chapters on various themes related to policing. He is co-editor of an anthology, “Transforming the Police: Thirteen Key Reforms”, published in 2020 by Waveland Press. Its 13 chapters and response essays present new thinking about the police, their challenges, and the reforms police agencies should consider adopting.

Maguire is one of 36 members of the ASU SCCJ faculty who signed an open letter suggesting 10 steps police agencies should take “to transform their role from one of maintaining unequal social order to one of helping to establish a more equal, just and safe social order.”