Media: Need a Source for @RealDonaldTrump vs @Nytimes Feud? RonNell Andersen Jones of @Sjquinney & @Uutah Is a First Amendment Expert & Can Provide Context for the Case 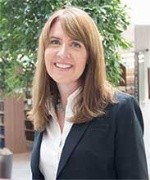 Donald Trump vs. The New York TimesThings are heating up between Republican presidential candidate Donald Trump and The New York Times in the wake of an article the newspaper published this week, titled “Two Women Say Donald Trump Touched Them Inappropriately.” The article received quick condemnation from Trump, whose attorneys are demanding a retraction. The Times stands by its story. The latest battle between Trump and The Times comes on the heels of another controversy between Trump and the newspaper over The Times’ decision to publish a story about Trump’s tax returns. If either dispute moves forward in court, what legal issues are at play? Professor RonNell Andersen Jones, an expert on First Amendment issues, is available for media interviews to discuss this emerging story. Jones is a law professor at the University of Utah S.J. Quinney College of Law. A former newspaper reporter and editor, she teaches, researches and writes on legal issues affecting the press and on the intersection between the media and the courts, with a particular focus on the U.S. Supreme Court. Her work on press issues has appeared in numerous top journals, including Michigan Law Review, Minnesota Law Review, UCLA Law Review, and Harvard Law Review Forum. A regular speaker at media law and First Amendment conferences, she served as the director of a widely cited nationwide study of the frequency and impact of subpoenas served upon newspapers and television newsrooms. Professor Jones’s scholarship also addresses emerging areas of social media law and issues of media access and government transparency. RonNell Andersen Jones| Cell: 801-369-3063| Email: [email protected]