Moralistic Thinking on Political Left, Right Not So Different 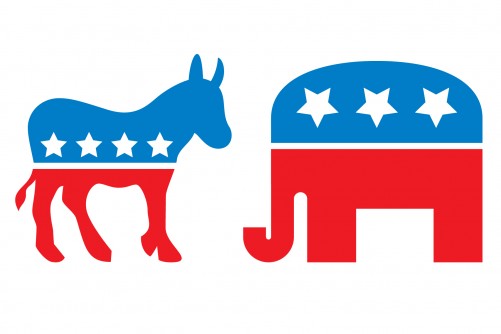 The findings, from four related studies that examine how liberals and conservatives justify their political attitudes on same-sex-marriage and the Keystone XL oil pipeline, are published online by the journal Analyses of Social Issues and Public Policy.

"This study suggests that liberals and conservatives are more alike in their moral functioning than previously thought," says Matt Motyl, UIC assistant professor of psychology and corresponding author on the study.

In surveys about the oil pipeline issue, liberals' primary complaint was based on sanctity -- and they claimed that sanctity was a more relevant consideration than did conservatives.

"The findings are the first, to our knowledge, to show that liberals can base their moral opinions on sanctity more than conservatives do when voicing opinions about culture-war issues," Motyl said.

According to the researchers, the different moral roots of liberal and conservative attitudes makes productive dialogue on important matters especially difficult.

"The culture war is mired in a stalemate partly because each side considers some matters to be sacrosanct and other matters as suitable for revision in the name of fairness," Motyl said. "Perhaps reframing these issues in nonsacralized terms could open opportunities for open-minded discussion."

Co-authors are Jeremy A. Frimer of the University of Winnipeg and Caitlin E. Tell.

The study was supported by the Social Sciences and Humanities Research Council of Canada.