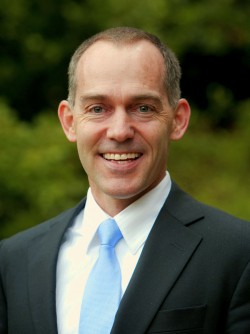 Newswise — BLOOMINGTON, Ind. -- The percentage of politically active churches is decreasing, according to a first-of-its-kind national study by Indiana University that also reveals an increase in the percentage of churches engaged in service activity.

This research draws on three waves of data from the National Congregations Study to provide the first national scale study to identify trends among churches addressing social needs.

“The trends suggest a significant change is underway in how churches seek to address social needs,” said researcher Brad Fulton of IU’s School of Public and Environmental Affairs.

Fulton found that the most substantial decrease in political participation has occurred among white evangelical churches. For example, between 1998 and 2012, the percentage of evangelical churches that distributed voter guides decreased from 19 percent to 11 percent, and the percentage promoting opportunities to participate politically decreased from 21 percent to 7 percent.

“This trend of fewer conservative churches and more liberal churches participating in political activities runs counter to popular perceptions,” Fulton said. “These perceptions are fueled by media outlets and political pundits, whose coverage of religion and politics tends to focus almost exclusively on the religious right and rarely even mentions religious progressives.”

“The general decline in political participation among churches has implications for the role churches can play in addressing social needs,” Fulton said. “Relieving immediate needs through service provision without also pursuing long-term solutions through political participation can limit churches’ ability to comprehensively address social needs. When churches combine acts of service with political engagement, they can provide short-term relief while at the same time advocating to improve social conditions.”

Fulton’s research was published this month in the journal Religions in the article “Trends in Addressing Social Needs: A Longitudinal Study of Congregation-Based Service Provision and Political Participation.”

Rutgers expert, author of “Abortion after Roe” available for comment on abortion decision