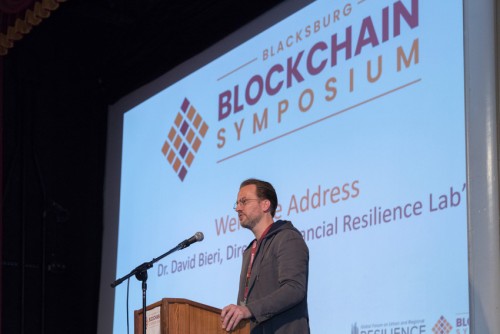 In our lifetime we will see many of the traditional banks and credit reporting systems become irrelevant as blockchain technology brings about a radical transformation of the institutional nature of our banking system - a system that is based on a centralized ledger to manage transactions, says Virginia Tech economist David Bieri.

According to Bieri, “the distributed ledger technology of the blockchain offers new ways of economic coordination and governance whereby a information flows are shared almost instantaneously across all participants in a networked system, opening the door for new possibilities such as de-nationalized currencies and a radical democratization of different forms of trust.”

Bieri is an associate professor at Virginia Tech who has also held positions in central banking across the globe.

“The information monopoly of the three credit bureaus is rapidly being dismantled as big data and AI allow fintech companies to engineer something that is much more accurate than the FICO score, from the social media and other personal information they have on you. Several fintech companies are already basing their lending information on this. It has similar logic to FICO, but is based off of their proprietary information.”

“There is significant power in the distributed network because in order for someone to tamper with it they would need to change every copy at the same time and hack every computer separately. Because this is much harder to do than hack a central single location, it makes the data more secure.”

Bieri is leading a collaborative research project with two of the largest blockchain-based fintech consortia, R3 and Hyperledger, to develop standards as well as examine how the banking system is reorganizing itself to embrace blockchain, the very thing that might render it obsolete. Project Information - “Disruption, Dislocation or Delusion? Fintech and the Digital Macrofoundations of the Next Global Financial Order” (David Bieri and Giselle Datz)

David Bieri is an associate professor in the School of Public and International Affairs and in the department of economics at Virginia Tech. His current research examines the dynamics of financialization and its role in the process of urbanization. He also writes about regulatory aspects of international finance and global monetary governance. Previously, Bieri held positions in central banking at the Bank for International Settlements in Switzerland and in investment banking in London. Read his full bio here.