Stressful events are a catalyst for polarized beliefs 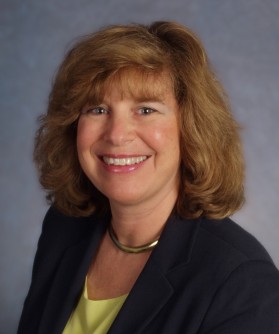 Newswise — Irvine, Calif., March 8, 2017 – People who experience adversity are likely to become more extreme in their existing political beliefs, according to a recent study led by Roxane Cohen Silver, professor of psychology & social behavior at the University of California, Irvine.

Both the number of past stressful events and those occurring over the prior year consistently predicted more firmly held opinions, whether conservative or liberal.

“We found that adults who experience a range of adverse events over their lifetimes, such as serious illness or a community disaster, are more likely to express extreme or polarized views on a variety of topics. This appears to be the case even when those topics, such as political opinions, have little or nothing to do with the adverse events they encountered,” Cohen Silver said. “Our study suggests that traumatic experiences may lead to long-lasting changes in a person’s tendency to become more polarized in his or her political attitudes.”

The research, recently published online in the journal Social Psychological & Personality Science, used data from the three-year Societal Implications Study, which involved a nationally representative sample of 1,613 Americans, ranging in age from 18 to over 90, across a wide variety of economic, educational, religious, ethnic and political categories. Participants completed surveys annually between 2006 and early 2009 that measured lifetime exposure to and recent occurrences of negative incidents, as well as their views on several political subjects.

To gauge cumulative lifetime adversity, respondents initially reported whether they had experienced any of 37 difficult events – such as illness, injury, death of a loved one, financial stress, community disaster or relationship stress – and, if so, at what age. In subsequent assessments, they disclosed any such events from the previous 12 months.

Participants also revealed their attitudes about intergroup hostility and aggression toward outgroups by agreeing or disagreeing, on a scale of 1 to 5, with statements like “The U.S. was justified in invading Iraq in 2003.”

“Our results suggest that truly disrupting personal life experiences can lead to changes in liberal and conservative political attitudes, possibly permanently,” Cohen Silver said. “This study used a national sample of adults to support research that had previously only been conducted using undergraduate students in the laboratory. We found that uncertainty and trauma can lead to a chronic tendency to affirm importantly held beliefs.”