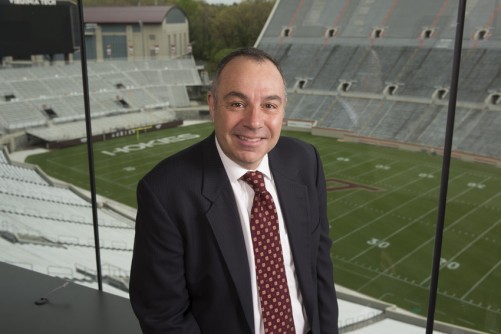 “We want Virginia Tech to become the Quinnipiac of the Final Four,” Roth said in a previous VT News article, referring to Quinnipiac University’s reputation as a powerhouse in U.S. presidential election polling.

“I have legitimate aspirations of seeing my class’s tradition become to the NCAA Men’s Basketball Tournament what Quinnipiac University’s polling institute is to U.S. presidential elections.”

Bill Roth is a communications professor of practice in the College of Liberal Arts and Human Sciences at Virginia Tech. His areas of specialization include sports media and broadcasting. The former “Voice of the Hokies,” Roth has served as a play-by-play broadcaster this year for ESPN’s Friday and Saturday football packages and CBS Sports Network’s coverage of NCAA Basketball.