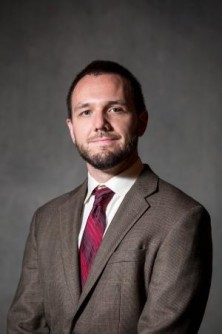 Jake Haselswerdt, assistant professor of public affairs and political science, found that increases in Medicaid enrollment as a result of Medicaid expansion were related to considerably higher voter turnout in 2014.

Newswise — COLUMBIA, Mo. – Since becoming law, the Affordable Care Act (ACA) has been used by political parties in attempts to mobilize voters. In a new study, Jake Haselswerdt, assistant professor of political science and public affairs at the University of Missouri, found a correlation between voter turnout and Medicaid expansion, a key component of the ACA. He says that increases in Medicaid enrollment are related to considerably higher voter turnout in states that expanded Medicaid. The effect is likely due to both an increase in turnout for new Medicaid beneficiaries and a backlash effect among constituents opposed to the law and its implementation.

“Prior research has consistently found that people on public assistance are less likely to vote,” Haselswerdt said. “The question of how welfare programs impact political participation is ongoing in policy discussions. In reviewing voting patterns in 2012 and 2014, I found that increases in Medicaid enrollment as a result of Medicaid expansion were related to considerably higher voter turnout in 2014.”

Haselswerdt examined voter turnout data for all 435 U.S. House races in 2014 and compared the data in 2012 to see if voting behavior changed between the two elections. He controlled for local factors that are known to affect turnout, such as the number of races on the ballot and the competiveness of the races. He found higher levels of voter participation in 2014 House races where the changes in Medicaid enrollment were the highest.

“I found considerable evidence that at least part of the increase in turnout was the result of new Medicaid recipients turning out to vote,” Haselswerdt said. “Having access to health insurance could play a role in increasing voter participation as healthy people are much more likely to vote than unhealthy people, and insurance increases people’s financial stability, which also makes them more likely to vote.”

However, Haselswerdt notes that the increased turnout could be attributed to a backlash from voters upset by the expansion of the welfare program. He will continue to study how Medicaid expansion and the ACA have political impacts over time, especially to see if the increase in voter turnout fades or reverses over time.

“Expanding Medicaid, expanding the electorate: the Affordable Care Act’s short-term impact on political participation,” will be published in the Journal of Health Politics, Policy and Law. Haselswerdt is an assistant professor in the MU College of Arts and Science and the Truman School of Public Affairs.