Trump Administration Announces End of TPS for Nicaragua, Remains Silent on Future of Other Immigrants @umich Expert Can Discuss 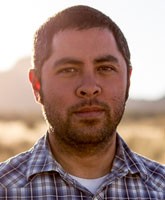 White House announces end of TPS for Nicaragua, remains silent on future of other immigrants

Newswise — The Trump administration announced it will end the Temporary Immigration Status allowing Nicaraguans to work and live legally in the U.S. when the program expires in January 2019. The future of TPS beneficiaries from other countries, including Haiti, El Salvador and Honduras, has not been determined yet. Other TPS beneficiaries include nationals from Somalia, South Sudan, Sudan, Syria, Nepal and Yemen are also currently protected.

Jason De León, associate professor of anthropology at the University of Michigan, has spent the last five years studying undocumented migration to the U.S., as well as migration from Central America through Mexico. Bio: myumi.ch/aVQY4

Q: Why are there so many immigrants from Central America trying to enter the U.S.?

De León: The conditions are especially dire in El Salvador and Honduras. They're fleeing one of the highest murder rates in the world. They're fleeing poverty, violence, a whole host of difficulties, and they've been given basically two choices: stay in these countries and risk death or risk death through migration.

To some of the folks getting deported back to these places, it is a death sentence. A lot of the young men that are fleeing places like Honduras say: "Listen, if I go back, they're going to kill me on the street. That's why I left. They killed my family, my mom, my brother. I was the only one left so I had no other choice." When we send those folks back, we know we're sending them to a potential death.

Q: For those who did receive protected status allowing them to work and live legally in the U.S., shouldn't they be much better off when they go back?

De León: For folks that have been here under protected status for many years, they now face a new set of risks. We have people who have been able to accrue some capital, who are perceived as wealthy Americans or wealthy migrants. You send those folks back to El Salvador or Honduras and they become even bigger targets now because they can be held for ransom, exploited in all sorts of ways. They are almost in more danger now because of the time they spent in the U.S. than folks who have just left the country.

To lift that protected status and send them back to these countries is cruel and dangerous and incredibly heartless.

Q: Many people who oppose terminating TPS say it might increase undocumented immigration to the U.S. How come?

De León: You have people who have lived in this country legally for a long period of time. They've put down roots, they've created all sorts of social networks and now you send them back to their supposed home countries and some of these people, they don't even know those places anymore. As soon as they get there they will say "I have one choice and one choice only, which is to migrate back to the U.S. illegally and to re-enter the country to go back to the only life I currently know."

Not only are you sending people back to these very dangerous countries but you put them in a position where they have few options. And we know that many of these folks will risk their lives crossing Mexico, which has now become this field of landmines...you're running from the cartels, from corrupt immigration officials, you are running from kidnappers, you're risking your life riding on top of freight trains, running through the jungles. Folks are going to see that as the only choice they have.

If I've been here for 25 years and I have my family here and you send me back to what's become a dangerous country to me, I'll be the first one on a bus out of those places. This idea of removing the protective status is going to kill a lot of people.