Research by Jeff Schwartz, a professor at the University of Utah S.J. Quinney College of Law, has laid the foundation for legislation designed to promote the formation of venture exchanges as a way to rejuvenate struggling markets. 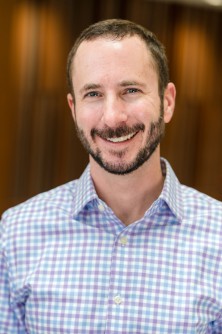 Research by University of Utah S.J. Quinney College of Law Professor Jeff Schwartz has led to the creation of a bill that would promote the formation of venture exchanges as a measure to render U.S. public markets more attractive to emerging firms.

The U.S. House of Representatives is scheduled this week to review H.R. 5877, the Main Street Growth Act, introduced by Rep. Tom Emmer, R-Minnesota. If passed, the legislation would amendthe securities laws to allow for the registration of venture exchanges to provide a venue specifically tailored for trading younger and smaller firms. The House Committee on Financial Services recently approved the bill, in a 56-0 vote in favor of enacting the legislation.

The bill is based on a proposal Schwartz made to the SEC Advisory Committee on Small and Emerging Companies several years ago.  The proposal triggered a flurry of activity around venture exchanges, which has culminated in the current bill.

Schwartz is a leading academic commentator on venture exchanges.  He has authored The Twilight of Equity Liquidity(the paper on which the bill is based), as well as The Law and Economics of Scaled Equity Market Regulation, and Venture Exchange Regulation: Listing Standards, Market Microstructure, and Investor Protection.

Schwartz is available to field media requests about the Main Street Growth Act and related issues about venture exchanges.