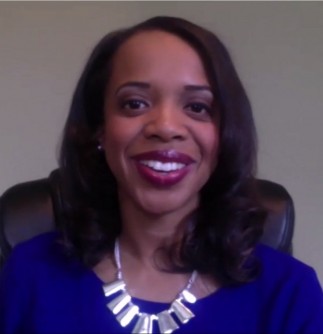 "I did not hear a word [Maxine Waters] said, I was looking at the James Brown Wig. If we have a picture of James, it's the same wig." Bill O'Reilly

Were Bill O'Reilly's comment just a friendly joke gone array or signs of a much deeper societal issue played out not the big screen regarding the state of race relations in the Trump era? How do we address implicit and explicit racial bias in the media and beyond?

EXPERT AVAILABLE:Dr. Laura McNeal is an expert in race relations, as well an Associate Professor of Law at the University of Louisville and a Senior Fellow at at the Charles Hamilton Houston Institute for Race and Justice at Harvard Law. She is available for media interviews and able to offer unique insight regarding the implications of Bill O'Reilly's comments on race relations in America, as well as real-life personal experiences as a professional African American woman who has experienced micro-aggressions and societal pressures to conform to European standards of beauty. McNeal Will Address:· Ways Bill O'Reilly's comments were sexist, racist, and misogynistic. How implicit racial bias can serve as a breeding ground for these types of comments.· Whether Congresswoman Maxine Waters is being overly sensitive to a harmless joke or justified in her strong response to O'Reilly's statement. · Tangible ways to educate the media and general public on ways to obtain greater cultural competency to avoid these types of insensitive, offensive statements based on research conducted through Dr. McNeal's work at Harvard to minimize the influence of explicit and implicit racial bias.

BACKGROUND: Dr. McNeal holds both a law degree and a Ph.D. in Education. As a Senior Fellow at the Charles Hamilton Houston Institute for Race & Justice at Harvard Law School, she conducts research related to race relations in America and conducts diversity training for educators, judges, police officers, lawyers and philanthropic organizations. She has appeared as an expert in this and other related fields on networks such as MSNBC (Morning Joe, Hardball with Chris Matthews), CNN (New Day Show), CBS, and C-SPAN (Washington Journal).

She is currently in Atlanta and is available for in studio and Skype interviews. She can be contacted at [email protected] or 309-287-7479. If she cannot be reached, contact her publicist Matt Lambert at 502-250-6794.