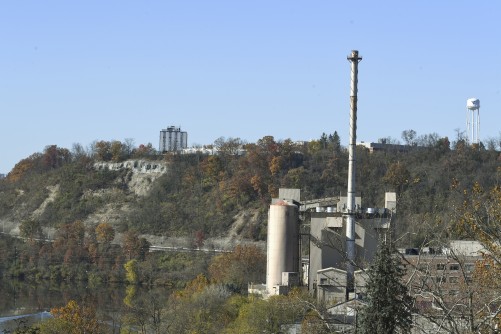 West Virginia University experts are available to offer insights into the U.S. Supreme Court’s ruling that limits the Environmental Protection Agency in its authority to reduce carbon emissions from power plants.

In the case of West Virginia vs. EPA, justices voted six to three in siding with the coal industry and Republican-led states seeking to limit the powers of the EPA.

“Given the significant shift in fuels used to electricity generation that has occurred over the past decade or so, the ruling is not expected to lead to a dramatic reversal of these trends or even an appreciable increase in domestic steam coal demand. Instead, we will likely see a slower rate of decline in coal consumption going forward as some coal-fired power plants will remain in operation longer because of this new ruling. Indeed, a major portion of the shift in demand away from coal use in the electric power sector has emerged from falling costs for natural gas and renewable generation sources. The ruling could alter this trajectory somewhat, but many utilities around the U.S. have already retired coal-fired assets and/or plan to do so over the next five to 10 years as they transition to other fuel sources. In short, this may slow down the decline of coal consumption, but it won’t completely unwind a long-term trend.

“For a coal-producing state such as West Virginia, global demand for coal has become an increasingly larger driver of overall production activity in recent years and will continue to do so over the long term. Indeed, coal exports account for roughly one-third of the state's overall production in most years, but the volatile and unpredictable nature of demand from importing countries produces big fluctuations in production activity on a year-to-year basis. Given the way domestic demand for coal has declined in the past decade or so, much of it from the electric utility sector, global demand patterns will make a bigger difference.”— Brian Lego, Research Assistant Professor, WVU Bureau of Business and Economic Research, Chambers College of Business and Economics

“The impacts of West Virginia vs. EPA are clear: it will be more difficult for the federal government to effect policy change through administrative action. Congress will need to write clearer, more precise enabling legislation, often difficult in a divided body that lacks the necessary technical expertise to craft plain mandates in complex policy areas.  Administrative agencies will need to hew very closely to those congressional outlines of authority. And regardless of how well the legislative and executive branches follow this new course set down by the majority in West Virginia vs. EPA, the expanded major questions doctrine gives opponents of regulation an easier path to the courts to challenge and obstruct rules they dislike.

“Today, the target is regulation dealing with the existential question of climate change, and the majority in an unforced policy choice sided with the fossil fuel burners; in the future, basically anything the federal government regulates is a target for a Court that has its newly expanded major questions doctrine in its judicial holster.” – John Kilwein, Chair and Associate Professor of Political Science, Eberly College of Arts and Sciences

“The decision continues the trend of the current Supreme Court to generally limit the authority of administrative agencies, in favor of requiring express Congressional authority for agency actions that have broad economic impacts. The decision was based largely on the ‘major questions’ doctrine, and held that the particular section of the Clean Air Act relied upon by EPA in adopting the Clean Power Plan (Section 111(d)) did not grant the broad regulatory powers asserted by EPA, which would have required utilities to shift generation away from coal to natural gas and renewables. Notably, the decision did leave in place EPA’s authority to regulate greenhouse gases, which was authorized by the Supreme Court’s decision in April 2007 in Massachusetts v. EPA.”

“Unfortunately, today’s decision limits EPA’s ability to address climate change, by imposing a very narrow reading on the agency’s authority under a particular section of the Clean Air Act. As the Biden Administration moves forward to adopt a successor regulation to Obama’s Clean Power Plan and the Trump Administration’s Affordable Clean Energy Rule, it will be constrained in its reliance on a broad grant of authority under the Clean Air Act. Rather, the court has found that this issue involves a ‘major question,’ and EPA will need to point to express statutory authority for its action.” – James Van Nostrand, Director, Center for Energy and Sustainable Development, WVU College of Law

“Environmental problems are difficult to regulate because they result from costs imposed on people who are not parties to the economic transactions. Such as the production and consumptions of many things. Like coal. An unregulated public good, like air, is difficult to protect when the impact of fossil fuel consumption is only felt globally, and not at all locally. So when it comes to carbon dioxide, it is hard to make the connection to West Virginians. SCOTUS has now removed a policy tool to redress environmental issues federally that can balance the distribution of these costs and benefits. Unfortunately, we will not protect our nation and our people until we begin to ask and answer questions like ‘How much is a coal mining job worth in terms of lives lost in a heat wave or in a 1,000-year flash flood or in homes lost to coastal flooding due to sea level rise?’ The balance sheet for this exists whether we want to look at it or not.” – Robert Duval, Associate Professor, Department of Health Policy, Management, and Leadership, WVU School of Public Health

“Typically, agencies draw a broad range of authority to act from statutes like the Clean Air Act or the Securities and Exchange Act that allow them to make policy even without real-time legislation from Congress. In West Virginia vs. EPA, SCOTUS curtails this policymaking by requiring ‘clear congressional authority’ in detailed legislation. Any issue that draws considerable attention and generates conflict between the parties is likely to fall into the category of ‘major’ requiring express congressional authority. SCOTUS does stop short of invalidating existing regulatory policies but certainly opens the door for future decisions to curtail and roll-back regulatory policies. The decision means that the executive branch will no longer be able to use executive policymaking to substitute for legislative success in Congress.” – Sam Workman, Director, Rockefeller Institute for Policy Research and Public Affairs