A pioneer in the commuter aviation industry, Henson endowed the school bearing his name with another multi-million-dollar donation in 1987. This latest marks the 30th anniversary of that initial commitment.

“The Richard A. Henson Foundation continues to uphold its namesake’s values and philanthropic beliefs throughout the community and specifically at Salisbury University,” said SU President Janet Dudley-Eshbach. “Mr. Henson’s support made possible the outstanding science and technology programs we offer today. We are proud that his legacy continues not only on campus, but through the many students and alumni who have benefitted from his generosity over the past three decades.”

“The Richard A. Henson Foundation is extremely pleased to continue and expand our commitment to Salisbury University and the Henson School of Science and Technology,” said Victor Laws, chair of the Henson Foundation’s board of trustees. “Our new gift will establish or enhance the following programs: student scholarships, a science and math honors program, undergraduate and faculty research, and student conference travel. Our gift will also help fund a new high-performance computer lab, and assist in the repair and replacement of critical Henson School instructional equipment.”

“We are grateful to the Henson Foundation for its ongoing commitment to the Henson School,” said Dr. Michael Scott, interim dean. “Of the $2.5 million gift, nearly $1 million will go toward much-needed scholarships for Henson students, roughly one-third of whom are from the Mid- and Lower Eastern Shore. The computing laboratory not only will benefit our computer science majors, but allow our students and faculty to conduct further research in areas including genomics (genomes, or genetic materials), economics, hazard mitigation, climate science and computational chemistry.

“The new Honors Program will further enhance SU’s Honors College, in which 45 percent of all enrolled currently are Henson School students. Finally, the new undergraduate research endowment will expand opportunities in one of SU’s core areas.

“For those of us who knew Mr. Henson and his joy in seeing student enthusiasm for science and technology, we know he would be pleased that a portion of the gift also will repair and replace equipment in Henson Science Hall, making sure our programs have the cutting-edge materials they need to remain at the forefront.”

About the Richard A. Henson Foundation, Inc.

Richard A. Henson created his foundation in 1990 to ensure the continuation of his philanthropic spirit, objectives and ideals; to enrich the quality of life primarily in the greater Salisbury area; and to provide opportunities and act as a catalyst to better the community.

Henson provided direction and leadership for the foundation during his lifetime. Since his death in 2002, at age 93, it has been managed and governed by people who share his beliefs about community philanthropy.

About the Richard A. Henson School of Science and Technology 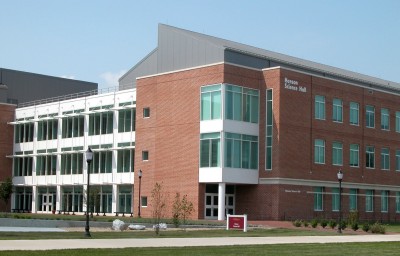 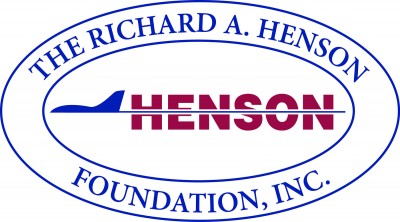