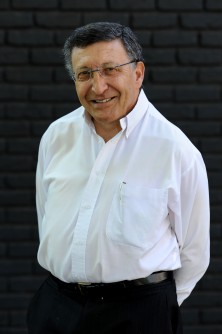 Newswise — Associated Universities, Inc. (AUI) and the National Radio Astronomy Observatory (NRAO) have awarded the 2017 Jansky Lectureship to South African astronomer Bernie Fanaroff for his exceptional contributions to radio astronomy and his unparalleled leadership through public service. He is specifically recognized for his work with the South African Square Kilometer Array Radio Telescope Project (SKA).

As part of this award, Fanaroff will give lectures this fall at the NRAO facilities in Charlottesville, Virginia, on Wednesday, October 25, and Socorro, New Mexico, on Friday, November 3. He also will give a lecture at the Green Bank Observatory (GBO) in West Virginia on Friday, October 27. His talk will be titled “Observing the Universe from Africa: Linking radio astronomy and development.”

Fanaroff received a bachelor’s of science honors degree in physics from the University of the Witwatersrand in Johannesburg in South Africa and a Ph.D. in radio astronomy from Cambridge University in the United Kingdom.

Among his many accomplishments and awards are honorary doctorates from six South African universities and the South African National Order of Mapungubwe.

Prior to his most recent positions as co-chair of the BRICS (Brazil, Russia, India, China and South Africa) Working Group on ICT (Information and Communication Technologies) and High Performance Computing and a member of the Advisory Committee of the Breakthrough Listen project, Fanaroff also held numerous public service positions in South Africa. These positions include the Deputy Director General of President Mandela’s office and head of the Office for the Reconstruction and Development Program, Deputy Director General of Safety and Security, Chairman of the Integrated Justice System Board, and Chairman of the Inter-Departmental Steering Committee for Border Control. He also was the National Organizer and National Secretary of the Metal and Allied Workers Union and then of the National Union of Metalworkers of South Africa.

He also is recognized for the Fanaroff-Riley classification of radio galaxies and quasars, which was published in 1974 and is still in use today.

A full list of past recipients of the Jansky Lectureship award can be found here: https://science.nrao.edu/science/jansky-lecture.