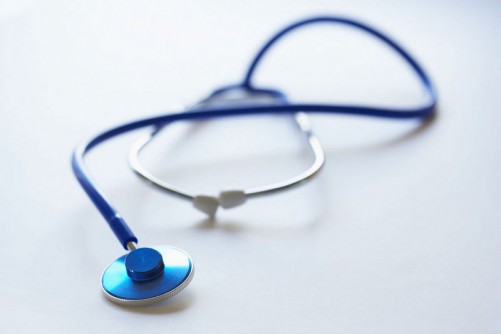 By taking into account the settings in which health care takes place, researchers can speed results, cut costs and increase the likelihood their research will be implemented.

Newswise — Thousands of studies take place every year in healthcare settings. A report published recently in the American Journal of Preventative Medicine describes how to do many of these studies more rapidly. By taking into account the real-world constraints of the systems in which providers deliver care and patients receive it, researchers can help speed results, cut costs, and increase chances that recommendations from their findings will be implemented.

The lessons come from the My Own Health Report project, a collaboration between seven research institutions with the goal of streamlining how healthcare providers communicate with patients about preventative health topics including smoking, excessive drinking, and poor diet. In this case, the challenge is not awareness of the best behaviors or doctors' ability to speak to patients about these behaviors; the challenge comes primarily from the boots-on-the-ground reality that the time providers have with patients is severely limited and they need actionable assessment information at the point of care.

"A challenge with a lot of research we do is that it tends to be so siloed, studying one behavior or problem at a time, or so standardized and structured that it’s often done in a way that isn't aligned with business as usual. If research doesn’t align with real-world care settings, it never ends up being adopted or put into practice," says Russell Glasgow, PhD, investigator at the University of Colorado Cancer Center and associate director of the CU School of Medicine Colorado Health Outcomes Program.

Using 18 care-delivery centers that included primary care clinics and federally qualified health centers, the goal of the current study was to design and determine the effectiveness of a web-based self-report system to assess issues important to disease prevention, including traditional health risks like smoking, exercise and diet, mental health risks like depression and anxiety, and substance abuse.

"We wanted to engage patients to report these health behaviors and provide feedback on how they could work with their primary care providers to set goals. Ultimately we were trying to make personalized recommendations for healthy behavior change," says Glasgow.According to Glasgow, there were four key takeaways that allow faster, cheaper, more responsive research tailored to the needs of patients and providers:

1. Engage relevant stakeholders early: study authors point out that taking into account the needs of stakeholders early in the process of experimental design made for less redesign needed to later translate study results into usable practices. For example, Glasgow says that pilot work for this project was aimed at making feedback "actionable but not overwhelming."

2. Pragmatism rather than perfection: for example, according to Glasgow this study chose to broadly define the criteria necessary for study participation – "we made very few exclusions at the patient level," Glasgow says. Using a broad, general sample of adults allowed the study to accrue participants quickly.

3. Use existing research networks: rather than building new partnerships or research settings in order to perfectly control the environments in which research took place, the study chose to use existing research networks and chose carefully which study elements would be standardized across these clinics and which would be allowed to vary.4. Delegate research tasks: Glasgow describes dividing researchers into working groups, each with single tasks including finalizing the intervention, developing the web-based tool, finalizing outcome measures, and assessing differences in contexts between research settings. "And we gave each group decision-making authority," Glasgow says.

"This allowed everybody to get the same assessment – answer the same questions and provide the same feedback. But timing and the way the research fit into the primary care workflow was adapted to different clinics. What they got was standardized, but how they received it was localized," Glasgow says. For example, some patients completed the assessment at home before visiting the office, others answered questions in the waiting room, and others (in a low-literacy clinic) had staff members read the questions aloud.

These streamlined mechanics allowed the project to move from the receipt of funding applications to the completion of data collection in less than 18 months, an extremely short time for a national, multi-site trial. The authors write that, "Conducting complex studies rapidly and efficiently is a realistic goal." That is, if the needs of the delivery system are taken into account during the planning, implementation, and evaluation of research.