A day at the beach for life on other worlds 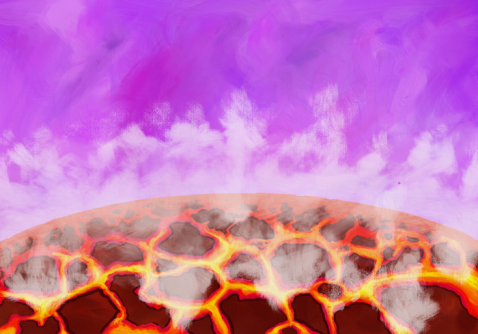 Artist’s impression of the molten surface of a young planet reacting with its atmosphere to form water vapor.

Newswise — New simulations show that truly Earth-like exoplanets with oceans and continents, and beaches along the boundaries, may be much more common around red dwarfs than previously expected. This means ongoing and future exoplanet survey missions can expect to find multiple Earth-analogs for further study before the end of the decade.

The “habitable zone” is defined as the range of orbits around a star where the temperature would be right for an exoplanet to have liquid water on its surface. This doesn’t necessarily mean that there is life or even water on the planet. In fact, for most exoplanets in the habitable zone, life on the planet would be “no day at the beach.” On Earth, both the oceans and the continents play vital roles in the geochemical carbon cycle which helps maintain a temperate climate where liquid water and life can exist. So to look for potentially habitable Earth-like planets, exactly what we need is “a day at the beach,” where the land and sea can coexist.

Previous research had warned that such beach-friendly planets could be extremely rare, even in the habitable zones around the most common types of stars (namely red dwarfs). This is because there is a distinct difference in the water content of rocky materials found in the inner and outer parts of a protoplanetary disk where planets form, leading to the formation of planets with either too much or too little water in most cases. But new numerical simulations conducted by Tadahiro Kimura from the University of Tokyo and Masahiro Ikoma from the National Astronomical Observatory of Japan provide a sunnier view. By taking into consideration water produced from interactions between the still molten surface of a young planet and its primordial atmosphere, the team found that a wide range in final water content is expected. And within that range, several percent of roughly-Earth-sized planets in habitable zones should have appropriate amounts of water for a temperate climate. This is a high enough percentage that ongoing and future exoplanet survey missions like TESS and PLATO can expect to find multiple examples of truly Earth-like exoplanets with beaches in the 2020s.

These results appeared as Kimura and Ikoma “Predicted diversity in water content of terrestrial exoplanets orbiting M dwarfs” in Nature Astronomy on September 29, 2022.