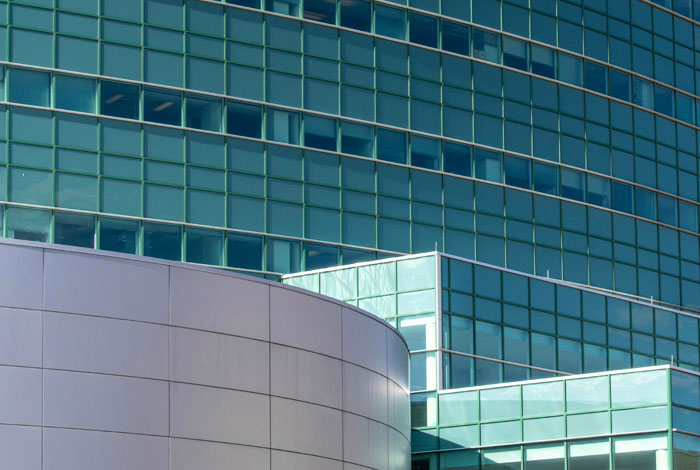 A new paper out in Nature describes unusual results from the E-906/SeaQuest experiment, showing that distributions of antiquarks are significantly different than expected, with more abundant “down” type antimatter quarks than “up” antimatter quarks.

Ratios in the proton (red filled circles) with their statistical (vertical bars) and systematic (yellow boxes) uncertainties extracted from the present data based on NLO calculations of the Drell–Yan cross-sections.

Newswise — LOS ALAMOS, N.M., February 24, 2021—A complex high-energy nuclear physics experiment, aiming to measure the contributions of antiquarks to the structure of the proton and neutron, has produced results that are the opposite of what had previously been understood about proton structure and the dynamics of strong interacting antiquarks and gluons.

“The main physics result of this experiment has very significant impact on our understanding of the proton structure, and also on the dynamics of strong interacting antiquarks and gluons inside the proton,” said Ming Xiong Liu, a Los Alamos National Laboratory author on the new paper, which was published in the journal Nature this week and describes results from the Fermilab E-906/SeaQuest experiment.

As the research paper notes, the theoretical and experimental understanding of how these particles and their dynamics give rise to the quantum bound state of the proton and its physical properties—proton mass, spin, and electrical charge—is still incomplete. “The original quark model, in which the proton consists of two ‘up’ quarks and one ‘down’ quark, has an appealing simplicity,” the authors write, “but experiments that measure the distributions of quarks as a function of the fractional momentum of the proton that they carry have revealed a rich structure with additional quarks, antimatter quarks (antiquarks), and gluons.”

The E-906/SeaQuest experiment is part of a series of fixed-target Drell-Yan experiments designed to measure the quark and anti-quark structure of the nucleon and the modifications to that structure. “The Drell-Yan process in hadron-hadron collisions is a reaction where a quark and an antiquark annihilate into a virtual photon and that virtual photon decays into a lepton-antilepton pair, and in this case, the researchers were using the oppositely charged muon pairs,” said Liu.

The researchers’ work showed evidence from muon pair production measurements that these distributions of antiquarks are significantly different, with more abundant “down” type antimatter quarks than “up” antimatter quarks over a wide range of momentum fraction “x.” The authors explained, “These results revive interest in several proposed mechanisms, as the origin of this antimatter asymmetry in the proton that had been disfavored by the previous results and point to the future measurements that can distinguish between these mechanisms.”

The Los Alamos angle
The SeaQuest/E906 experiment was first proposed to Fermilab in 1999, and Los Alamos was among the original physics proposers. The experiment received approval in 2006. Los Alamos researchers Ivan Vitev (on theory) and Ming Liu (on the experimental effort, with Patrick McGaughey and several postdocs, Han Liu, Lei Guo, Christine Aidala and Andrew Puckett) officially joined the E906 experimental effort in 2008 and contributed a major detector system to E906 – the “Station-4 Muon Identification System” to enable the di-muon physics program, with Los Alamos LDRD funding.

After the completion of the Los Alamos-funded work, the team at the Laboratory has been supported by DOE’s Office of Science to continue pursuing the physics program at Fermilab, with additional researchers on the experimental effort (Kun Liu, Andy Klein, David Kleinjan, Sho Uemura and Su Wang). In addition to the hardware, they have also developed the offline analysis software being used for all E906 physics analysis, led by Kun Liu.

The funding: This work was supported in part by the U. S. Department of Energy Office of Science; U. S. National Science Foundation; the DP&A and ORED at Mississippi State University; the JSPS (Japan) KAKENHI; Tokyo Tech Global COE Program, Japan; Yamada Science Foundation of Japan; and the Ministry of Science and Technology (MOST), Taiwan. Fermilab is operated by Fermi Research Alliance, LLC with the United States Department of Energy.

Caption: A new paper out in Nature describes unusual results from the E-906/SeaQuest experiment, showing that distributions of antiquarks are significantly different than expected, with more abundant “down” type antimatter quarks than “up” antimatter quarks.

Caption: Ratios in the proton (red filled circles) with their statistical (vertical bars) and systematic (yellow boxes) uncertainties extracted from the present data based on NLO calculations of the Drell–Yan cross-sections.