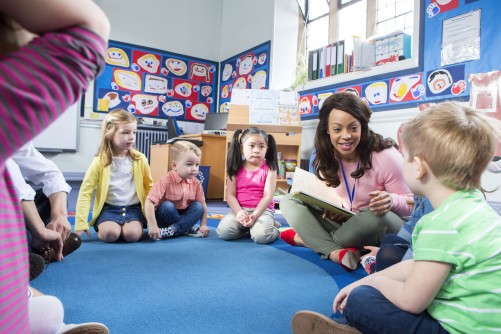 Newswise — Numerous studies from countries around the globe have shown that education before primary school is associated with success in school. Despite this, few governments make pre-primary education available on a tuition-free basis for two or more years, according to a new study from the UCLA Fielding School of Public Health’s WORLD Policy Analysis Center (WORLD).

“We know from previous research that early childhood education especially benefits children from low-income families,” said study co-author Alison Earle, a senior research analyst at the WORLD Policy Analysis Center. “We also know that one of the greatest barriers to enrollment in pre-primary education is the tuition. Making pre-primary education available at no cost is a critical element in efforts to reduce educational and economic inequalities.”

WORLD researchers hope their data and analysis model will be used by policymakers to assess how much progress is being made in achieving the United Nations Sustainable Development Goal 4.2. The goal calls for countries to ensure that, by 2030, “all girls and boys have access to quality early childhood development, care and pre-primary education so that they are ready for primary education.”

The study, which was led by Natalia Milovantseva, a former post-doctoral scholar at WORLD, and co-authored by Alison Earle and Dr. Jody Heymann, founding director of WORLD and a professor at the UCLA Fielding School of Public Health, will be published in the December 2018 issue of International Organisations Research Journal.

The WORLD Policy Analysis Center (WORLD) aims to improve the quantity and quality of comparative data available to policymakers, citizens, civil society and researchers around the world on policies affecting equity, development, human health and well-being. Under the leadership of Dr. Jody Heymann, WORLD is committed to making its broad, globally comparative findings publicly accessible to inform and encourage improvements in legal and policy frameworks worldwide, allow nations to learn from the approaches taken in other countries, facilitate studies of the feasibility and effectiveness of laws and policies in critical areas and support efforts to hold decision-makers accountable.

The UCLA Fielding School of Public Health, founded in 1961, is dedicated to enhancing the public's health by conducting innovative research, training future leaders and health professionals from diverse backgrounds, translating research into policy and practice and serving our local communities and the communities of the nation and the world. The school has more than 600 students from more than 25 nations engaged in carrying out the vision of building healthy futures in Los Angeles, the nation and the world.