A Mother’s Fight for Her Son After Brain Injury 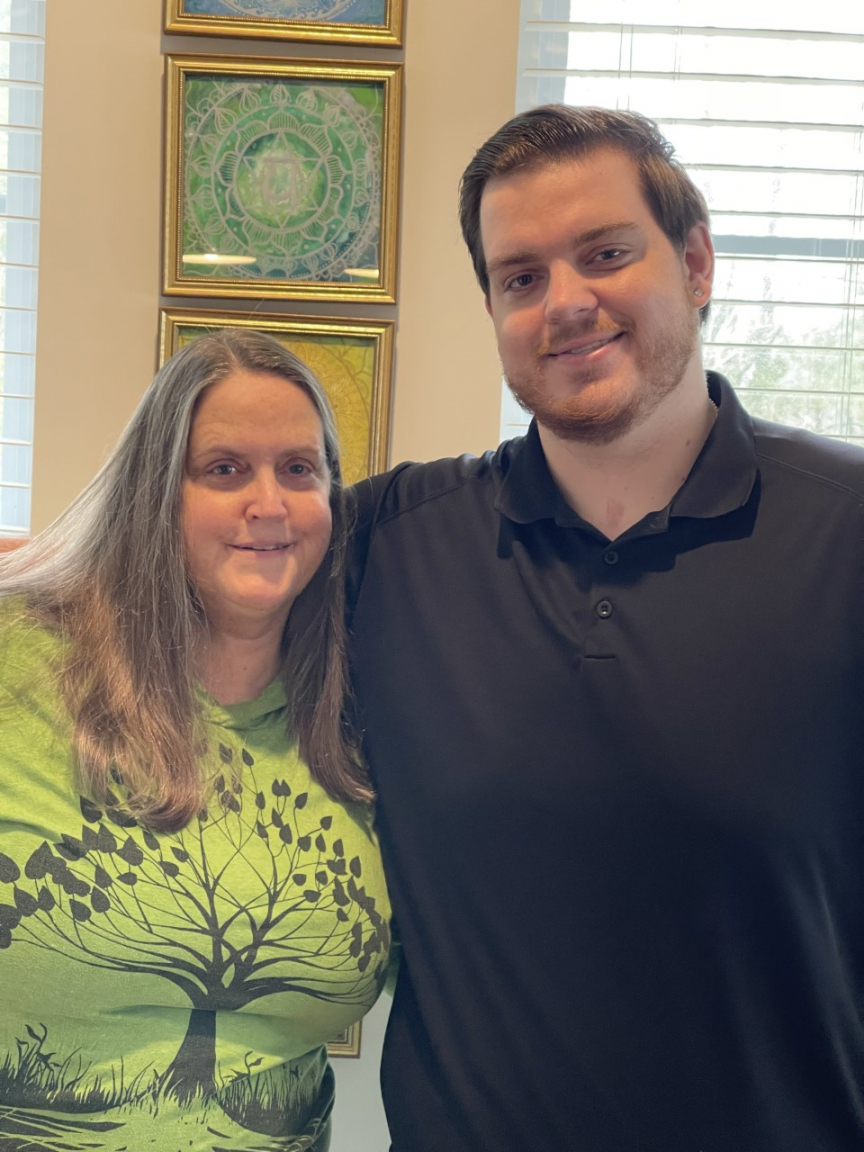 Newswise — The first thing Peter Davey remembers after being hospitalized from a severe brain injury is being deeply paranoid. “I didn’t know where I was, or how I got there. I couldn’t speak and I was terrified.”

Peter had been admitted to Robert Wood Johnson University Hospital—New Brunswick (RWJUH) after a hypoxic brain injury, or lack of oxygen flow to the brain. Neurosurgeons including Gaurav Gupta, MD, associate professor of neurosurgery at Rutgers Robert Wood Johnson Medical School, did not think Peter would survive, and even after performing life-saving surgery, it was not clear that he would be able to regain the ability to walk, talk, read or write.

A year later, Peter has regained all his mental and physical abilities. Dr. Gupta attributes this outcome not only to Peter’s determination and stamina, but also the resilience of his mother, Diane. Dr. Gupta shares, “Peter’s mother demonstrated courage, resilience and faith in her son, and showing how a mother never gives up on her child.”

Peter was rushed to the hospital on Sept. 5, 2019, after he was found unresponsive. On arrival, the ER doctors concluded that his unresponsiveness was due to the decreased oxygen levels in his brain. Peter was also found to have severe aspiration pneumonia in both his lungs.  Says Dr. Gupta, who is also the director of Cerebrovascular and Endovascular Neurosurgery at RWJUH, “in consultation with our Emergency room physicians and neuro-critical care physicians, it appeared that Peter was unlikely to survive, but we were still determined to take an aggressive approach to do what we could.”

An MRI revealed that Peter’s cerebellum had severe swelling on both sides. Results also confirmed that Peter had strokes in the cerebellum. His brain was rapidly swelling and he would die unless an emergency surgery was performed. Urgently, Dr. Gupta and his team performed a craniotomy, the surgical removal of part of the skull to allow the brain to expand from swelling, saving Peter’s life.

Peter’s mother, Diane, still remembers the call from Dr. Gupta informing her that Peter’s life was in imminent danger. 12 hours away in Wilmington North Carolina, Diane drove straight to New Jersey and when she arrived, she didn’t recognize her son. Even after Peter’s surgery, Diane was advised that the brain damage was extensive and possibly irreversible. But Diane didn’t give up hope. Three days after the surgery, Peter made a reaction after one of the neurocritical care unit physicians put a finger on his palm. Diane was told, “This isn’t someone who will remain in a coma,” and she gained a renewed sense of hope. Diane expressed gratitude for the compassionate care that the family received from the Neurocritical Care Unit in the hospital, attributing Peter’s recovery to their dedication and expertise.

“15 days after Peter was admitted to the hospital, he regained consciousness. He did unbelievably better than I expected and even started talking shortly after he became conscious,” says Dr. Gupta.

Dr. Gupta continues, “Diane is an inspiration. Here is a mom who moved from North Carolina to New Jersey to take care of her son. She never gave up on him. She was there every  minute of every day and it was inspring to see a mother’s hope. She is a true champion.”

By Jan. 30, 2020, Peter was walking on his own after spending time in physical rehabilitation in Tinton Falls. Peter explains, “It was rough in the hopsital. I couldn’t do normal things and had to be lifted in and out of bed. Physcial therapy was scary at first and I was struggling, I felt like I was on the verge of a breakdown. But I pushed forward and I never once fell.” Peter also underwent occupational therapy for mind excercises and didn’t struggle with mental ability.

Diane shares that when Peter thanked Dr. Gupta for saving his life, he commented, “I don’t save people’s lives; God saves people’s lives. I’m just the technician.” Diane reflects on his modesty, “It was so moving that a man that skilled who performed a miraculous medical achievement was so humble and didn’t take credit for result.”