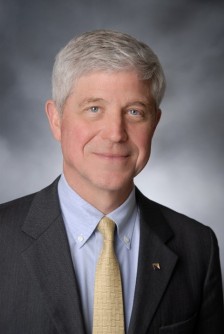 Newswise — WASHINGTON, May 31, 2022 — The American Chemical Society (ACS) today announced that Thomas Connelly, Jr., Ph.D., will retire from his position as ACS chief executive officer at the end of the year after more than seven years of serving in this role. In addition to effectively navigating the organization through the unprecedented challenges of a global pandemic, he has led the organization as it strengthened its core values, transformed its membership and launched new initiatives.

“Tom has provided strong leadership for ACS throughout his tenure, especially over the past two years as we experienced a once-in-a-lifetime challenge due to the COVID-19 pandemic. With his guidance, ACS has weathered the pandemic and is now stronger than it’s ever been,” says Paul W. Jagodzinski, Ph.D., chair of the ACS Board of Directors. “We look forward to Tom’s continued leadership through the rest of 2022 and wish him all the best as he enters the next chapter of his life in 2023.”

Connelly joined ACS in 2015. He has overseen the refinement and expansion of ACS core values, which define the principles that guide the organization. During his tenure, the core value of professionalism was expanded to include safety and ethics. Additionally, the core value of diversity, inclusion and respect added equity as a key principle. He also guided a transformation of membership by increasing the focus on growing ACS’ international efforts as well as supporting the development of a new membership model, which launched this year. Most recently, Connelly led the effort to establish four strategic initiatives designed to have a transformational impact on the chemistry enterprise. The more than $50 million multiyear effort embodies ACS’ commitment to advance the broader chemistry enterprise and its practitioners for the benefit of Earth and all its people.

“It has been an honor to serve as ACS CEO for more than seven years,” Connelly says. “ACS continues to advance its Vision and Mission through the efforts of our dedicated staff and wonderful volunteers. I look forward to continuing my service to ACS from within its membership ranks.”

Prior to joining ACS, Connelly had a 37-year distinguished career at DuPont, where he held the roles of chief science and technology officer and chief innovation officer during his tenure. Connelly holds chemical engineering and economics degrees from Princeton University. As a Winston Churchill Scholar, he received his doctorate in chemical engineering from the University of Cambridge. In 2016, he was elected to the National Academy of Engineering. He has served in advisory roles to the U.S. Government and the Republic of Singapore.