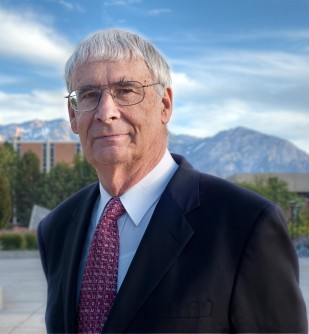 EMBARGOED FOR RELEASE: Tuesday, April 9, 2013, 12:15 a.m. Eastern TimeNote to journalists: Please report that this research was presented at a meeting of the American Chemical Society.

Stang will receive the award and present an address tonight during a banquet and ceremony that are part of the ACS’ 245th National Meeting & Exposition, being held here this week. The ceremony will honor recipients of other ACS national award recipients for outstanding contributions to chemistry.

The award recognizes Stang’s cutting-edge research that has had far-reaching implications for many areas of science, including drug development and more efficient ways to produce gasoline and home heating oil. The annual award includes a gold medallion designed to commemorate the work of Joseph Priestley, who lived from 1733 to 1804, and is best remembered for his 1774 discovery of the gas that would later be named “oxygen.”

“Stang is a pre-eminent organic chemist with an international reputation and seminal, creative contributions to a broad spectrum of chemistry,” said Gabor Somorjai, Ph.D., of the University of California, Berkeley. Somorjai nominated Stang for this award.

In 2011, Stang won a National Medal of Science, which is the highest U.S. honor for a scientist or engineer. He received the award from President Barack Obama in a White House ceremony, where he was honored “for his creative contributions to the development of organic supramolecular chemistry and for his outstanding and unique record of public service.”

Stang has pioneered the field of supramolecular chemistry, which is the study of how molecules come together and build new substances with complex 2-D and 3-D architectures. The molecules could have uses as drug-delivery vehicles and as key players in making oil refining faster and more efficient.

“It’s like a Lego set with individual building units,” said Stang. “You can make complicated structures and systems.”

Stang has been editor of JACS, the ACS flagship journal, since 2002. As editor, Stang revitalized and enhanced JACS, culminating in an increase in citations and its Impact Factor. The most-cited journal in chemistry, JACS has received 408,307 total citations and has an Impact Factor of 9.907, as reported in the 2011 Journal Citation Reports® by Thomson Reuters. JACS is one of more than 40 ACS peer-reviewed journals.

“For many years, Stang has been a force to be reckoned with in the ACS,” said Harry B. Gray, Ph.D., who is at the California Institute of Technology. “He brought new ideas to make sure our flagship journal continues to attract the most important work in chemistry. He has done a fabulous job, and chemistry is better for it.”

Stang has mentored nearly 100 postdoctoral fellows and students, and has authored more than 450 papers. He has won numerous awards and honors, including election to the U.S. National Academy of Sciences and the American Academy of Arts and Sciences.

Since 1923, the ACS has recognized groundbreaking chemists with the award.