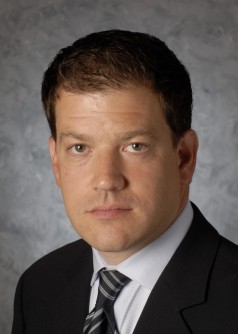 Newswise — RESEARCH TRIANGLE PARK, N.C.—Eye examinations every other year are more cost-effective than currently recommended annual eye exams for people with diabetes who are at low risk of diabetic retinopathy progression.

If adopted into standard practice, this finding could result in an estimated $200 million in health care savings annually at little to no additional risk to patients, according to a new study by researchers at RTI International, Centers for Disease Control & Prevention, National Center for Chronic Disease Prevention and Health Promotion, and the University of Wisconsin.

The study, released ahead of print on the online website of Health Services Research, used a simulation model to assess cost-effective eye screenings for the approximately 9 million Americans with diabetes but no or minimal damage to the retina from the visual complications of diabetic retinopathy.

The researchers looked at the costs and visual health impacts of annual eye exams, biennial (every other year) eye exams, telemedicine and self-referral to care, following visual symptoms. Telemedicine uses digital retinal photography to enable screening in non-eye care settings, such as primary care; images are transferred to a grading center for evaluation and, if necessary, referred to an eye care professional.

"We found that biennial eye evaluations offered virtually the same benefits to low-risk patients as annual eye exams, but at lower costs," said David Rein, Ph.D., a senior research economist at RTI. "Telemedicine alone, or telemedicine combined with periodic dilated eye evaluations, may also be a promising alternative for this population. The cost-effectiveness of telemedicine depended on its ability to detect other eye conditions, especially uncorrected refractive errors such as those caused by presbyopia associated with aging."

"However, because many people would only seek care after losing vision in one or both eyes, such a recommendation is not medically ethical regardless of cost-effectiveness," Rein said. "Rather, the self-referral option is used to understand the benefits of current recommendations and their alternatives against a world in which no routine evaluation occurred."

When the study was conducted, telemedicine was the most cost-effective model when only diabetic retinopathy was considered. However, telemedicine was not as effective at identifying other eye conditions such as macular degeneration and refractive error.

"Changes in technology are quickly enhancing telemedicine's ability to detect other eye conditions," Rein said. "Thus, the benefits of telemedicine are likely to increase in the very near future, and it may soon become more cost-effective than biennial exams."

About RTI InternationalRTI International is one of the world's leading research institutes, dedicated to improving the human condition by turning knowledge into practice. Our staff of more than 2,800 provides research and technical expertise to governments and businesses in more than 40 countries in the areas of health and pharmaceuticals, education and training, surveys and statistics, advanced technology, international development, economic and social policy, energy and the environment, and laboratory and chemistry services. For more information, visit www.rti.org.