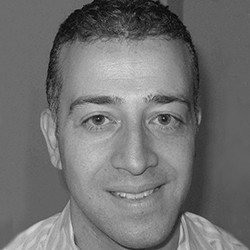 Newswise — Texas lawmakers, along with policymakers of several other states, are considering legislation that could prevent transgender students from using school restrooms that align with their gender identity, leaving transgender students and their families fearing harassment. Their concerns also raise a larger question, namely, what can parents and educators do to protect the rights of LGBTQ students in the face of bullying?

Daniel Cinotti, Ph.D., assistant professor of School Counseling at New York Institute of Technology, trains professionals to work with students transitioning in their gender identity. Recently selected to present his discussion, “Promoting the Role of the School Counselor in Bullying Prevention and Intervention” at the American Counseling Association’s 2017 Conference & Expo, Cinotti specializes in the role school counselors play in identifying and addressing LGBTQ bullying within their schools and advocating on behalf of students and their families.

“The bullying of LGBTQ students can be something as simple as addressing students with the incorrect pronouns in the case of transgender students, to physical violence, cyberbullying, and exclusion,” said Cinotti. “Educators, parents, and even students can be trained, in accordance with state laws, to identify these incidents and proactively step in when they occur.”

Statistics show that LGBTQ students are at high risk for victimization, with lesbian, gay, and bisexual youth in grades 7-12 more than twice as likely as their heterosexual peers1 to attempt suicide. Additionally, a 2016 study conducted by the Cincinnati Children’s Hospital found that 30% of transgender youth had a history of suicide attempt2.

“With smart phones in the pocket or backpack of nearly every student, there are more opportunities and tools for harassment than ever before. But any educator or school counselor, regardless of his or her individual beliefs, is required to step in and be a resource for LGBTQ students,” says Cinotti.