Are Daily Fantasy Sports Gambling? You Bet! Says Rutgers Gambling Expert. And the Future Legalization of Sports Betting May Be Their Biggest Wager 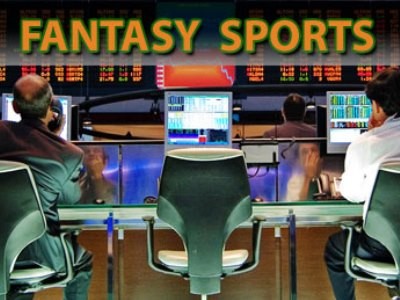 Newswise — Not too long ago, playing fantasy sports meant picking teams for a season and betting in an office pool or with friends. In fact, the activity seemed so benign that the Unlawful Internet Gambling Enforcement Act of 2006 exempted fantasy play from its prohibition on betting or wagering on games of chance.

“Fan Duel and Draft Kings have changed the game entirely from investing in a favorite team to betting on daily sports,” says Lia Nower, Rutgers School of Social Work professor and director of the Center for Gambling Studies. “And they’ve done it by exploiting a legal loophole and building their empires on a sports betting platform. If sports betting becomes legal, they’re positioned to make billions.”Nower is currently heading a state-wide study that looks at daily fantasy sports behaviors and attitudes among New Jersey residents and compare those findings to other gambling behaviors. Results from the study will be available in 2016.

“I doubt most people could tell the differences between DFS [daily fantasy sports] and sports betting,” Nower said. “Most people except those who run Major League Baseball, that is.”

Major League Baseball, the National Hockey League, and Major League Soccer are all major investors in DraftKings. Last year, the National Basketball Association signed a four-year agreement with FanDuel that included an equity stake. “Isn’t it ironic… they ban Pete Rose for life from baseball and take away his chances at the Hall of Fame for gambling, but MLB can invest millions in, essentially, the same activity and hope for a profit?” asks Nower.Fantasy sports sites appeal to young, mostly male consumers. According to the Fantasy Sports Trade Association (FSTA), about 40 million Americans play fantasy sports, and the typical player spends nine hours a week engaged in fantasy sports wagering.

“First of all, there’s a difference between picking a team for a season and betting on a daily basis,” Nower said. “It takes skill to pick a winning team over the long term. But anyone can place a daily bet. It’s no different from betting on a horse or playing a hand of poker. Black jack takes a lot more skill, and it’s still considered gambling.”

Other factors, Nower added, include the fact that industry data reports that more than 89% of players lose money the longer the play. “That sounds a lot like gambling,” she said, adding, “The real question is not whether dailies are gambling, but whether they should be legal.”

The State of Nevada has said no, recently banning daily fantasy sites from taking wagers from Nevada residents unless they have a gaming license. The New York Attorney General has also issued a cease-and-desist letter to DraftKings and FanDuel, ordering them to stop taking bets from New York residents. So far, five states have banned daily fantasy sports.

“New Jersey is in a good position to regulate the dailies, because we have the strictest Internet gaming enforcement infrastructure in the country,” Nower said. “If sports betting becomes legal, then the bookies and the dailies could pay taxes to the state and fund research, prevention, and treatment services for problem gamblers. That’s where the money really should go."

Lia Nower, J.D., Ph.D. is a Professor and Director of the Center for Gambling Studies at Rutgers University's School of Social Work. She is also Co-Director of the Addiction Counselor Training Certificate Program and a research affiliate with the Center of Alcohol Studies. Dr. Nower's research focuses on psychometric measurement, the etiology and treatment of behavioral addictions, specifically disordered gambling, and gambling-related policy issues. Dr. Nower has served as an NIH pre-doctoral fellow, a Fulbright fellow, and a research intern at the National Research Council at the National Academies. She currently serves as a co-editor, advisory board member or board member of several journals and a consultant and grant reviewer for international, national and state agencies. Dr. Nower is also a member of the legislative board of and a clinical supervisor for the National Council on Problem Gambling in Washington D.C. A former criminal prosecutor, she is a member of the Thomson-Reuters Expert Witness Services (TREWS) network and serves as a forensic consultant in state and federal court cases involving gambling-related crimes.