Are Politicians Smarter Than CEOs? 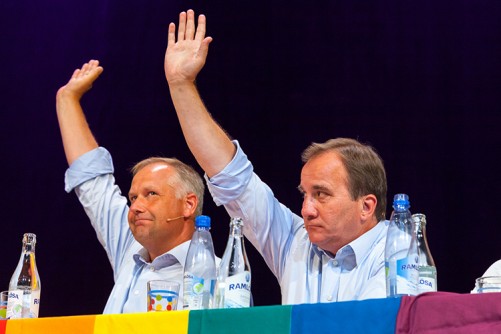 Newswise — While Americans’ approval of their Congressional representatives are near record lows, new research shows that politicians aren’t necessarily a bunch of good-for- nothings—at least in Sweden.

Prof. Ernesto Dal Bó and four colleagues analyzed a rich trove of public data and found that Swedish voters consistently elect officials who are, on average, significantly smarter and better leaders than the populations they represent.

“We found evidence that there are plenty of great people available in politics,” said Dal Bó, the Phillips Girgich Professor of Business at Berkeley-Haas. “Moreover, among those candidates who happen to be available, it’s the relatively better ones who make it to the higher echelons of the political structure.”

His paper, “Who Becomes a Politician?” focused on the patterns of how municipal politicians and national legislators were chosen in Sweden over a 30-year period. It was co-authored with Berkeley-Haas Assoc. Professor Frederico Finan; Prof. Torsten Persson and Assoc. Prof. Johanna Rickne of Stockholm University; and Uppsala University researcher Olle Folke. The paper was published by the Oxford University Press in the November 2017 issue of The Quarterly Journal of Economics.

Existing economic research argues that higher-income, smarter people have far more to lose financially when they run for public office, so it’s the less qualified who end up serving. In addition, an old criticism of democracy is that extending the vote to everyone—including those who are less qualified—may result in the election of low quality leaders. Dal Bó and his team took those arguments to task, questioning whether candidates can be both representative of their constituents and highly qualified to serve them.

The authors chose to Sweden as a research test bed for several reasons.

First, as an advanced democracy with proportional-representation elections, Sweden has remained stable and fully democratic since 1917. If democracy cannot select leaders who are both representative and competent under such favorable circumstances, then critics of democracy must be right, Dal Bo argued.

Second, the country offered something they couldn’t find elsewhere: a public set of administrative data on males conscripted into the Swedish military between 1951 to 1980. The data included mandatory IQ and leadership tests the military gave between those dates.

The researchers matched that test data with the names of elected members of national parliament and municipal politicians—a total of 50,000 elected candidates who ran for national of municipal office between 1982 and 2010. They also tapped data the Swedish government keeps on all residents over age 16, including age, sex, education level, and occupation, as well as earnings data from the Swedish tax authority.

“Given this information we can precisely characterize how the personal traits of politicians relate to those in the entire population,” the authors wrote.

The researchers reached several conclusions. First, they found that not only do Swedish politicians have higher average IQs and stronger leadership qualities than those they serve, but they are also representative of the electorate: Swedish politics attract competent people beyond the scions of elite families, Dal Bó said.

They also found that elected politicians from all socioeconomic levels showed higher cognitive, leadership, and earnings capacity scores than those who simply ran for office.

The research even examined competence traits among elected officials and their siblings, and found that among pairs of siblings, “it is the one with the better IQ score, leadership qualities, and earnings capacity who enters politics,” Dal Bó said.

Other surprising findings include:

While the results cannot be directly applied to other countries, Sweden could be used as a reference point if data became available from other countries, Dal Bó said. “We have to be careful with country comparisons, but we can now begin to doubt that the only people who run for public office are those who are less intelligent and have less to lose, or that voters may inevitably elect poor leaders.”

“Good leaders are certainly not inevitable under democracy,” he concluded. “But now we know for certain that democracy at least has the capability to select representative and competent politicians.”

The Quarterly Journal of Economics