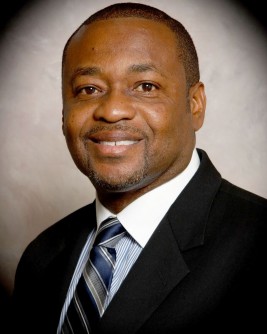 Newswise — WASHINGTON – Psychologist Arthur C. Evans Jr., PhD, has been named chief executive officer of the American Psychological Association, the APA Board of Directors announced today. Evans assumes the post effective March 20. “Dr. Evans will take the helm of the American Psychological Association at a critical juncture, as we mark APA’s 125-year anniversary,” said APA President Antonio E. Puente, PhD. “He is a trailblazer who has relied on the strength of his background in both research and clinical practice to create transformational change in each of the mental health systems he has led. We look forward to Dr. Evans’ vision and inspirational leadership skills to promote the association as the pre-eminent organization advancing psychological science, education and practice in the public interest, and supporting psychologists in the United States and beyond.”

Evans will also serve as CEO of the association’s companion organization, the APA Practice Organization, which supports and promotes the interests of practicing psychologists.

For the last 12 years, Evans has been commissioner of Philadelphia’s Department of Behavioral Health and Intellectual disAbility Service, a $1.2 billion health care agency that is the behavioral health and intellectual disabilities safety net for 1.5 million Philadelphians. He realigned the agency’s treatment philosophy, service delivery models and fiscal policies to improve health outcomes and increase the efficiency of the service system. Evans has been recognized nationally and internationally as an innovative and effective policymaker. Among his numerous awards, he was named by the White House Office of National Drug Control Policy as an Advocate for Action in 2015. In 2013, he received the American Medical Association’s top government service award in health care, the Dr. Nathan Davis Award for Outstanding Government Service, for his leadership in transforming the Philadelphia behavioral health system, particularly around the adoption of a public health framework.

“I am honored to be selected as APA’s next CEO,” Evans said. “The American Psychological Association has a long, distinguished history of developing the best psychological science and applying it to benefit society and improve people’s lives. I hope to bring to this position not only a passion for psychology, but the leadership experience to help move the association -- and the discipline -- into the next era of excellence and contribution to our society.”

Before his work in Philadelphia, Evans was deputy commissioner of the Connecticut Department of Mental Health & Addiction Services, where he led major strategic initiatives in the state’s behavioral health care system. Similar to his work in Philadelphia, he was instrumental in implementing a recovery-oriented policy framework, addressing health care disparities, increasing the use of evidence-based practices and significantly improving community engagement. He also developed a thriving private practice.

Evans is the author or coauthor of 40 peer-reviewed research articles and of numerous chapters, reviews and editorials. He has served as an associate clinical professor in the department of psychiatry at Yale University School of Medicine and as a clinical associate at the University of Pennsylvania Perelman School of Medicine. He is a member of the editorial board of the Journal of Substance Abuse Treatment and a fellow and member of the board of trustees of the College of Physicians of Philadelphia.

As CEO of APA, Evans will head the leading scientific and professional organization representing psychology in the United States, with more than 117,500 researchers, educators, clinicians, consultants and students as its members. APA has a $128 million annual budget and more than 500 employees. APA is also one of the largest publishers in the field of behavioral science, with the most comprehensive database of psychological research literature and 54 peer-reviewed journals.

Evans holds a doctorate in clinical/community psychology from the University of Maryland and a master’s degree in experimental psychology from Florida Atlantic University, where he also completed his undergraduate work.

He succeeds Norman B. Anderson, PhD, who resigned at the end of 2015. Cynthia D. Belar, PhD, has been serving as interim CEO since that time.