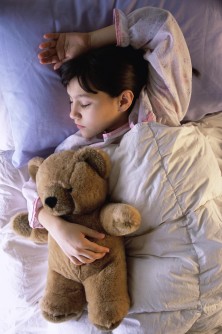 Newswise — ATS 2016, SAN FRANCISCO — Sleep assessments in young children showed that, in the context of habitual snoring and enlarged tonsils and adenoids, moderate to severe obstructive sleep apnea increased the likelihood and magnitude of cognitive deficits. These deficits include, but are not limited to, problems with attention, memory and language. The research results were presented at the ATS 2016 International Conference.

“Although evidence suggesting the presence of cognitive deficits in children with sleep apnea has been around for quite some time,” said Leila Gozal, MD, MSc, from the University of Chicago, “the relatively small groups studied made it difficult to demonstrate a strong relationship between increasing cognitive issues and increasing sleep apnea severity.”

A total of 1,359 public school children, comprising snorers and non-snorers age five to seven years, were assigned to one of four groups based on severity of sleep apnea. They completed sleep assessment questionnaires, an overnight sleep study, and measures of several cognitive functions including language and executive development. After comparing measures of cognitive functioning across the four groups, the researchers found that even snoring alone has a negative effect on cognition.

“Our findings provide further justification for exploration and development of simple cognitive batteries that can be coupled to the current clinical evaluation of children with habitual snoring such as to better guide the management of the decision-making process,” Dr. Gozal added.

* Please note that numbers in this release may differ slightly from those in the abstract. Many of these investigations are ongoing; the release represents the most up-to-date data available at press time.

Abstract BodyBackground: Sleep-disordered breathing (SDB) in children has been associated with challenges in learning and cognitive functioning. However, the majority of the cohorts examined were small, such that potential associations between SDB severity and neurocognitive functioning may have not been comprehensively explored. We hypothesized that assessments of cognitive functioning in a large pediatric population recruited from the community may enable delineation of a SDB severity cut-off beyond which the risk of deficits would be markedly increased.

Methods: 1,359 children, ages 5-7 year, both snorers and non-snorers, were prospectively recruited from public schools. All participants underwent comprehensive sleep assessments via questionnaires and overnight polysomnography, and neurocognitive status through a set of measures of intellectual, attention, memory, language, and executive development.

Conclusions: This large community-based pediatric sample highlights not only the significant deleterious impact of SDB, particularly of moderate to severe OSA, but also the fact that even snoring alone affects neurocognitive functioning. Affecting skill development in a severity graded manner, SDB adversely impacts on children’s capacity to attain academicand adaptive goals, hampering their ability to reach full potential. Our findings support the need for early intervention, with a particular emphasis on those children with more severe OSA.https://www.cms.psav.com/cPaper2012/submission/preview/print_publication....1