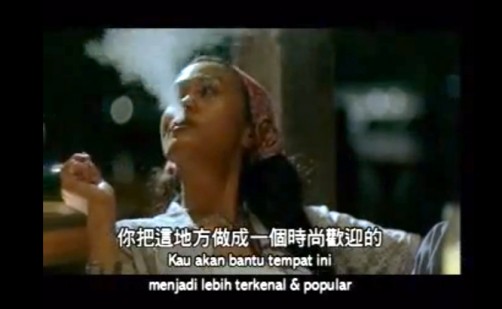 Newswise — A University of Adelaide expert says that while the war against smoking in Hollywood movies has been largely won, Asian cinema represents the next major battleground for anti-smoking and anti-cancer groups.

Dr Peter Pugsley, Senior Lecturer in Media at the University of Adelaide, says that as smoking rates have been rising in Asia, so too has the depiction of smoking in Asian cinema.

Dr Pugsley is the author of a new book on contemporary Asian cinema being published this month. He is also the author of a paper published recently in Continuum: Journal of Media & Cultural Studies that focuses on a Malaysian film's portrayal of smoking among young women.

"While much has been written on the glamorization of smoking in Hollywood films, surprisingly little research exists on the portrayal of smoking in Asian cinema," Dr Pugsley says.

"In the light of an alarming rise in the number of young Asian women becoming smokers, it's important for us to understand what role Asian cinema plays in glamorizing smoking, and in showing female characters who smoke."

Dr Pugsley found that in the Malaysian film Spinning Gasing, the main female character, a Malay Muslim woman called Yati, lights up her first cigarette within the opening minutes of the film and constantly smokes throughout.

"Yati is a rebellious and often sexualized character. Her smoking is part of an idealized image of individual, non-traditional lifestyle behaviors that are increasingly being adopted by young Asian women," Dr Pugsley says.

"In that film, the deliberate framing of shots that involve smoking and the frequent use of backlighting to exaggerate the whiteness of the exhaled smoke helps to reinforce a style of 'tobacco imagery' that the anti-smoking lobby in the United States has fought hard against.

"Part of the problem with depicting cigarette smoking in this way is that it normalizes the behavior and makes it seem appealing, especially to young people. At the same time, the increase in health issues and spiraling costs associated with treatment put a huge drain on medical services," he says.

Dr Pugsley says there are other examples of extreme tobacco imagery in cinema from China and Hong Kong, including a romantic comedy, Love In A Puff, about a young smoking couple falling in love.

"This is a film in which the main characters meet while smoking, set during a time when health authorities are banning indoor smoking, and it celebrates smoking culture in a way that is meant to directly appeal to a young adult audience," he says.

Dr Pugsley says Bollywood movie theaters have taken to showing long disclaimers about smoking in films, both in Hindi and in English. "However, the disclaimers at the start of a film are not likely to compete with the kind of glamorization of smoking that can occur during the film itself."

Arts and Entertainment All Journal News