"Josh's solutions-oriented research and innovative leadership make him uniquely qualified to guide the Biodesign Institute on its revolutionary path," said Michael M. Crow, ASU president. "In many ways, Josh's career trajectory has paralleled ASU's own rapid rise through the research ranks to achieve national recognition for innovation, entrepreneurship and impact on the communities we serve. I have no doubt he'll take the Biodesign Institute to new levels of success."

LaBaer--who was recently honored with the Faculty Research Achievement Award by ASU Alumni on Founders' Day-- is one of the nation's foremost investigators, recognized for his groundbreaking work in personalized medicine. His efforts involve the discovery and validation of biomarkers -- unique molecular fingerprints of disease -- that can provide early warning for those at risk of major illnesses, including cancer and diabetes.

"I am humbled by the opportunity to work with such outstanding and innovative colleagues. I am very excited about the future and our chance to grow the Institute and to have an impact by improving our community and our world," said LaBaer.

As the executive director of the Biodesign Institute, LaBaer will guide its talented researchers, who are pioneers of a dynamic new academic research model and hub of 21st century innovation.

Biodesign Institute's convergent technologies and fields of research focus on biomedicine and health outcomes, sustainability and security. Created on the premise that scientists can overcome complex societal issues by re-imagining the "design rules" found in nature, the institute's researchers are addressing an expansive array of global challenges by creating "bioinspired" solutions, including: new vaccine discovery and delivery; early detection and treatment of cancer and infectious diseases; techniques for detecting and removing contaminants from air and water; and the application of nanotechnology for biomedicine and electronics.

"The Biodesign Institute is known for pioneering world-class, cutting-edge research," said Sethuraman Panchanathan, executive vice president of Knowledge Enterprise Development and chief research and innovation officer at ASU. "With an innovative leader such as Josh LaBaer at its helm, the Institute is poised to take on broader challenges in health, sustainability and national security through cross-disciplinary research and strategic partnerships."

Using new high-throughput technologies, his team advanced the discipline of functional proteomics, which seeks to understand the roles of all the proteins made in the human body.

His group invented a novel protein microarray technology, Nucleic Acid Programmable Protein Array, which has been used widely for biomedical research, including discoveries of a panel of biomarkers that may aid the early diagnosis of breast cancer.

An underpinning of this work has been the creation of vast repositories of protein expression-ready clones for genes in human and other commonly studied organisms that are maintained in a rapid-access storage facility and usable in the widest possible range of experimental protocols.

LaBaer was an early initiator and leader of the effort to build fully sequence-verified recombination-based clone sets for human genes and other model organisms now managed in an automated repository with more than 250,000 samples, which are openly shared with the scientific community.

Prior to his time at ASU, at Harvard, LaBaer created the Institute of Proteomics as a research program within the Harvard Medical School to promote collaborative, open-access research and discoveries.

He completed his internship and residency in internal medicine at the Brigham and Women's Hospital and a clinical fellowship in medical oncology at the Dana-Farber Cancer Institute, both in Boston. He is a board certified physician in Internal Medicine and Medical Oncology and was an Instructor and Clinical Fellow in Medicine at Harvard Medical School.

He has contributed more than 150 original research publications, reviews and chapters. LaBaer is an associate editor of the Journal of Proteome Research, a member of the board of directors for the American Type Culture Collection (ATCC), and is a member of the scientific advisory boards for the Provista Dx, Promega Corporation, iNanoBio, Barnett Institute, Global Biological Standards Institute, and the Dorothy Foundation. He also is a recent member of the National Cancer Institute's Board of Scientific Advisors, is chair of the National Cancer Institute Early Detections Research Network Steering Committee, and is a founding member and served as the recent president of the U.S. Human Proteome Organization.

Since its inception in 2003, the Biodesign Institute has attracted more than $500 million in external funding from competitive grant awards as well as support from philanthropic and industry sources. In 2009, the institute won Arizona's "Excellence in Economic Development Award" for its innovative contributions to the state's economic growth. After the first full decade of operations since its research facility opened, Biodesign has had a $1.5 billion impact on the regional economy and supported more than 3,000 jobs.

Most recently, in the fiscal year 2016, Biodesign researchers received nearly $40 million in annual award funding for research activities. Working in an entrepreneurial culture, its researchers have generated 50 annual invention disclosures and patents and fostered more than a dozen spinout companies. 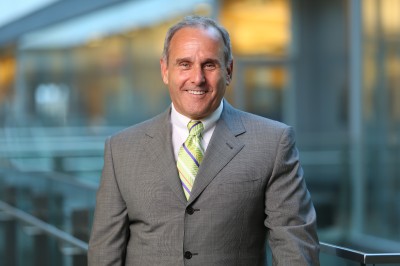 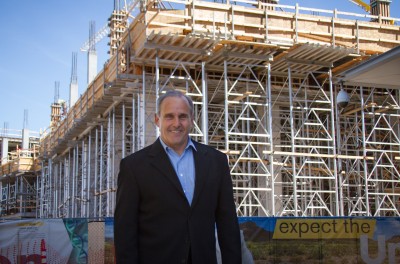 Caption: As the new Biodesign executive director, Joshua LaBaer will oversee a vast expansion of ASU's research capacity. The new 188,000 sq. ft. Biodesign Building C began construction in June 2016 and is scheduled to be completed in June 2018. The project will bring to fruition more than a half-million sq. ft. of state-of-the-art research space to the master-planned 14-acre Biodesign Institute site.