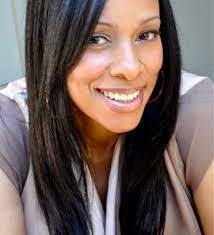 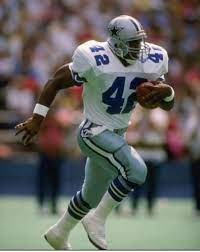 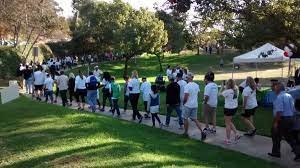 Sponsored this year by Lilly and Horizon, the LA Walk has drawn 200 or more Walkers annually since 2015 who, like Caddell, are living with an autoimmune disease (AD); those who have lost a loved one to AD; and those who walk to support a family member or friend in the fight for a cure.  The day includes speakers, exhibitors, giveaways, live entertainment, and a Warriors Walk around Culver City Park to raise much-needed awareness.

“Spreading the word about autoimmune disease is crucial,” says Caddell.  “The number of people suffering from an AD is constantly rising and affects families and friends in a way that you can’t understand unless you’re in that number.  I’m in that number.  I know what it’s like to live with an autoimmune disease. I’ve lost track of how many times I have been pricked, poked, and hospitalized.  I’ve gained weight, lost weight, looked great and, at times, looked unrecognizable…However, I push, pray and take one day at a time.”

As Walk Ambassador, Caddell is pushing past her challenges to educate and inspire fans and friends, and reaching out to area businesses and organizations for in-kind and financial support.

“We are honored to have Dayna as our LA Walk Ambassador,” says AARDA Executive Director Virginia T. Ladd.  “Her dedication to education and awareness seems to know no bounds.  We are thrilled that she has added her exceptional voice to ours and the 50 million speaking up and fighting hard for a cure.”

“It’s a privilege to be an ambassador and shine a light on this debilitating disease,” Caddell says.  “I invite everyone to join me and other warriors in our walk to save lives.  It’s a great time, and for a great cause.”

There are more than 100 different autoimmune diseases without cures (e.g., lupus, type 1 diabetes, rheumatoid arthritis, multiple sclerosis, Crohn’s disease, Sjogren’s, Hashimoto’s, celiac disease) affecting one in every five Americans and of those affected 75 percent are women.  AARDA works to bring a national focus to autoimmunity as a category of disease and a major women’s health issue.

Funds raised from the walk will go to support critical research and education efforts.

The American Autoimmune Related Diseases Association (AARDA) is dedicated to the eradication of autoimmune diseases, and the alleviation of suffering and the socioeconomic impact of autoimmunity through initiating, fostering and facilitating collaboration in the areas of education, public awareness, research and patient services in an effective, ethical and efficient manner.  AARDA is the only national nonprofit organization bringing a national focus to autoimmunity as a category of disease and a major women’s health issue.  To learn more, visit www.aarda.org.

Dayna Caddell is a Dove and Grammy® award-nominated songwriter and singer coping with an ambiguous autoimmune disorder.  She has worked with multiple award-winning recording artists and producers including, Mary Mary, Erica Campbell, Warryn Campbell, Israel Houghton, Eric Dawkins, Aaron Lindsey, Dave Hollister and more.  During her journey, she topped the Germany music charts with her first single, landed a song in the Tyler Perry film The Family That Preys and was selected as a finalist in the Session-l John Lennon Songwriting Contest.  She also had the opportunity to study under and perform with the incredible late Nancy Wilson and the late great organist Johnny Hammond Smith and record background vocals for Diana Ross for a Super Bowl celebration.  In 2016, she launched the ‘PUSH for Awareness’ campaign and radio tour creating a platform to bring awareness to autoimmune illnesses.