B-School Prof is Consumer Pricing Expert in the Courtroom 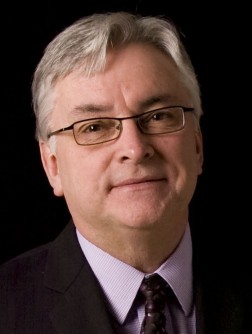 Since almost everyone has access to the Internet today, it should be easy to find a fair price when shopping. But that's not necessarily the case -- as evidenced by the hundreds of cases and investigations for deceptive price advertising brought before courts, each year.

And when attorneys and private litigators are up against big companies with high-powered lawyers, they turn to Clarkson University's Larry Compeau. The business school professor has been an expert witness and consultant in a number of cases for nearly a quarter of a century.

Compeau's expertise has been a critical component as an expert witness in several precedent setting legal cases on pricing practices. His research focuses on what is known as reference price advertising, which often involves a “regular” price and a “sale” price, and how that affects consumers’ perceptions of a “deal.” Usually, the concern is whether the deal is being communicated in a bona fide way so the consumer is informed, not deceived. Compeau is the expert litigators rely on for this determination.

In a recent case in which Compeau was on the witness stand for two days, his expert testimony won seven California district attorneys a $7 million settlement against a prominent online retailer.

In a class action suit against a large personal computer manufacturer, his testimony prompted an out-of-court settlement of $20 million.

And in another case, last year, Compeau's research was cited in an opinion by the United States Court of Appeals.

Compeau considers himself a consumer advocate in that his long stream of research repeatedly shows the deceptive effects certain price advertising can have on consumers. As a consultant he's always looking for ways for firms to convey deals to consumers that are not misleading or deceptive -- in other words legal -- but also compelling in conveying the real merits of the deal.

A few years ago, in Queen v. Hudson Bay Company (one of the largest retailers in Canada), the Canadian government brought hundreds of charges against Hudson Bay for advertising products on sale, comparing the sale price with a “regular” price; when, in fact, the retailer had not sold at least half of the items at that “regular” price.

The prosecution claimed that in order for a price to be labeled “regular,” it must be sold at that price at least half of the time -- referred to as a volume test.

Compeau wrote that what the government was doing wasn’t fair to the company because it assumed that the seller had control over the customers' behavior. Rather than this "volume test," Compeau asserted that if the product was offered at least 50 percent of the time at the regular price -- a time test -- then this was a fair sale presentation. Eventually the suit was settled out of court. The Crown dropped most of its charges and Hudson agreed to pay a small fine.

In a case against Overstock.com, the judge commented that "Dr. Compeau is a very credible witness." Compeau says that this is because his long stream of research is focused in this area, he knows what facts are, and he knows what the entire body of research shows. That's why judges put so much stock in his testimony and depositions.

Compeau believes that firms should not be overly restricted from conveying deals to consumers and that consumers should be able to depend on those deals as being bona fide.

His next cases of potentially deceptive price advertising involve a class action suit against an international hotel chain and another against one of the nation's largest banks.

Compeau received his bachelor and master of science degrees from Clarkson and his Ph.D. from Virginia Tech. He serves on the editorial boards of two journals, the Journal of Public Policy & Marketing and the Journal of Product and Brand Management.