Nussenzweig recognized for his genomic integrity research in BRCA-mutated cancers

15-Jul-2021 8:05 AM EDT, by Perelman School of Medicine at the University of Pennsylvania contact patient services
favorite_border 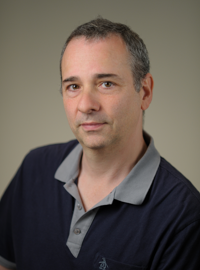 Newswise — PHILADELPHIA – The Basser Center for BRCA at the Abramson Cancer Center of the University of Pennsylvania, the world’s first comprehensive center aimed at advancing research, treatment, and prevention of BRCA-related cancers, has announced Andre Nussenzweig, PhD, of the National Cancer Institute (NCI) as the recipient of the ninth annual Basser Global Prize. Nussenzweig serves as branch chief of the Laboratory of Genome Integrity in the NCI’s Center for Cancer Research.

Nussenzweig’s work on the fundamental aspects of DNA repair, replication, and genome integrity in cells has led to important discoveries that have applications for the development of biomarkers and targeted therapeutics for the treatment of BRCA-mutated cancers.

“It’s an honor to bestow this award to an esteemed researcher from the NCI who has uncovered key insights into understanding the causes of BRCA-mutated cancers and mechanisms driving treatment resistance,” said Susan M. Domchek, MD, executive director of the Basser Center for BRCA. “It’s these types of basic science discoveries that will move us closer to improved therapies for patients.”

Nussenzweig, who received his PhD in physics from Yale University, became a research fellow at Memorial Sloan-Kettering Cancer Center prior to joining the Experimental Immunology Branch at the National Institutes of Health in 1998. In 2011, Nussenzweig established a new department at NCI called the Laboratory of Genome Integrity. He is also an elected member of the European Molecular Biology Organization, a National Institutes of Health Distinguished Investigator, and a 2019 inductee into the National Academy of Medicine.

“I am extremely honored to receive this recognition from the Basser Center which has contributed so much support for BRCA-related research and improved the clinical care of patients who bear BRCA1/2 mutations,” Nussenzweig said.

Nussenzweig will give the keynote address at the 10th annual Basser Center for BRCA Scientific Symposium on May 10 and 11, 2022.

The Basser Global Prize provides $100,000 in unrestricted support of the winner's BRCA1/2-related research efforts, a Basser sculpture, and a $10,000 personal prize, which will be awarded at the symposium.

The Basser Center was established in 2012 with a $25 million gift from University of Pennsylvania alumni Mindy and Jon Gray in memory of Mindy Gray’s sister Faith Basser, who died of ovarian cancer at age 44. To date, Mindy and Jon have donated more than $55 million to the Basser Center in support of research and education to improve treatment and prevention strategies for hereditary cancers.

The Basser Global Prize was established and subsequently endowed by Shari Basser Potter and Leonard Potter.