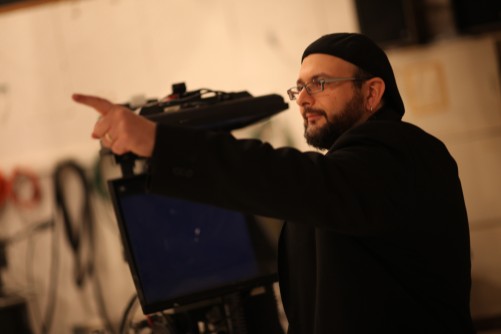 Of the eight movies nominated for Best Picture at this year’s Academy Awards ceremony, all of them feature male-driven plot lines.

Is there gender bias in Hollywood?

Christopher Hansen, M.F.A., independent filmmaker and director of the film and digital media program in Baylor University’s College of Arts & Sciences, discusses this year’s Oscar nominations and the role of gender in filmmaking.

Four out of five men nominated for Best Actor appear in Best Picture nominated films, compared to one woman, Best Actress nominee Felicity Jones for “The Theory of Everything.” Is this a trend?

“Looking at the Best Actress nominees, I see the Academy recognizing stellar performances by women in smaller and sometimes more challenging films – films that might not gain a wider audience without such a nomination. In that way, it seems as though they’re actually trying to call attention to great female performers.”

Every Best Picture nominee this year features a male-driven plot line. Why?

“I believe this points to the fact that good roles for women remain hard to come by in a male-dominated industry. Men tend to make more films about men than about women because the projects grow from their own experiences. And while some would say that the film industry is only concerned about which films will make money, Oscar-nominated films often begin as passion projects that aren’t driven solely by financial concerns.”

“It depends on how you define ‘value.’ From a financial standpoint, yes, professionals in the film industry as a whole believe (and they’re backed up by a lot of advertising data on this) that stories that appeal to young men will result in the greatest return on investment. I don’t think that means they value those stories more in a holistic sense, just that most people know that films geared toward young men – which usually are about men – will make the most money.”

Do you believe studios are shying away from female-centric plotlines?

“No, I don’t. The film business is in a major state of flux right now. Netflix and other online distribution outlets are innovating with original content, and some of that, such as Netflix’s ‘Orange is the New Black,’ is explicitly geared toward a female audience. I believe that studios and smaller independent companies are trying to find a way to tell good stories from a variety of points of view while still making money.”

Do you believe that a woman’s presence behind the camera changes the way viewers perceive the world in front of it?

“My hope is that anyone directing a film offers a fresh perspective on the world because of the way he or she tells the story. And because I believe good directors do that, I am convinced we need more women directing so that those stories can be told in the way only they can tell them.”

Hansen is an award-winning writer and director. His feature films have been screened at festivals throughout the country, have been released theatrically in Los Angeles and New York, and have been reviewed by publications such as The Village Voice and the L.A. Times. His films include “The Proper Care & Feeding of an American Messiah,” “Clean Freak,” “Endings,” “Where We Started” and “Blur Circle.” Ashton Brown, student newswriter, wrote this story.

The College of Arts & Sciences is Baylor University’s oldest and largest academic division, consisting of 24 academic departments and 13 academic centers and institutes. The more than 5,000 courses taught in the College span topics from art and theatre to religion, philosophy, sociology and the natural sciences. Faculty conduct research around the world, and research on the undergraduate and graduate level is prevalent throughout all disciplines. Visit www.baylor.edu/artsandsciences.