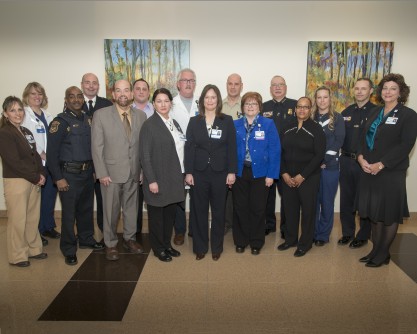 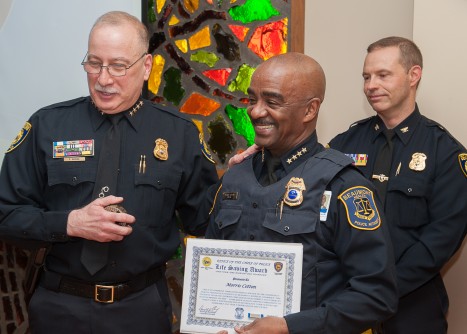 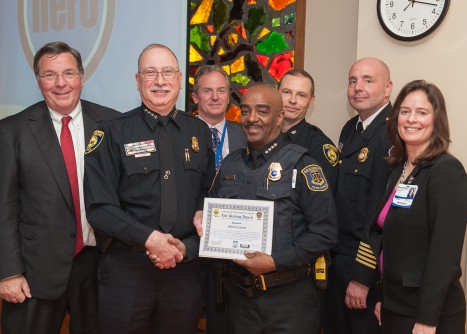 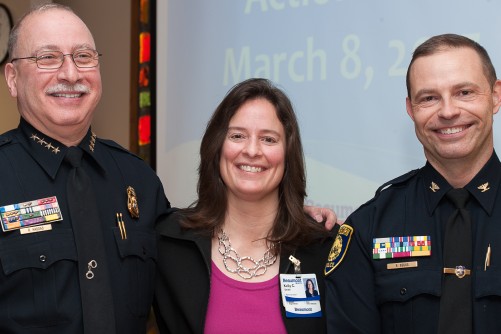 Newswise — Courageous, quick action by Beaumont Hospital, Dearborn employees protected others from harm when a man entered the hospital on March 8 and set himself on fire inside an elevator in the first floor lobby.

Sixteen Beaumont employees were recognized on March 20 by Beaumont Health leaders, along with the Dearborn chiefs of police and fire for their heroism during the incident.

A man was observed by several employees with a strong odor of gasoline and carrying a soda bottle filled with a light-colored liquid and a small object, later found to be a blow torch.

“By the time the man made his way to the center of the hospital, security had received numerous phone calls from concerned employees and, as a result, many of our team members were ready, right on the spot, to help, said Kelly Smith, division president, Beaumont Hospital, Dearborn.

Years ago, Beaumont implemented the Department of Homeland Security’s “See Something, Say Something” campaign – an initiative encouraging employees to say something if they see something that shouldn't be there or if they observe behavior that doesn't seem quite right.

“Informed, alert communities play a critical role in keeping our hospitals and our communities’ safe,” said Cotton, who extinguished the man on fire. “Anything can happen in a split second. We immediately knew something was wrong and we did what we had to do to stop it from escalating as quickly as possible.”

“The employees who acted quickly and with good judgment prevented a potential tragedy that could have had an even more significant impact on our entire community. I’m grateful that the outcome was in part a result of the emergency response training that the city and Beaumont continually engage in together,” O’Reilly said.

There were many acts of heroism throughout the day.

Ann Hunter, RN, a patient safety nurse, immediately saw something was not right and chose to stand face-to-face with the man, using her body to prevent the elevator door from closing and attempting to de-escalate the situation through a discreet discussion with the man.

When the man backed into a corner of the elevator and ignited himself with the torch, the response to the fire was immediate because of prior employee calls to security and their immediate outreach to Dearborn Police. The fire was extinguished within seconds, the area was secured and the man was taken to the hospital’s trauma center for treatment.

Lampros Koutelas, another patient safety nurse, was standing directly behind Hunter, protecting her on the elevator.

Tim Vargas, administrator of ancillary services, was on his way to lunch when he smelled the fumes. When he realized what was happening, he used his body as a human shield to protect his colleagues in the administrative offices directly next to the elevators.

“I was yelling through the door, “Don’t come out. I told them (my colleagues) to get back and secure themselves in a safe place.”

Each year, all hospitals are required to have crisis training drills by The Joint Commission, the largest hospital and health care accrediting body in the United States. Through these drills, hospital team members practice their response to different crisis scenarios, often with other local and federal agencies and hospital systems.

Beaumont, Dearborn’s security team is deputized by the Dearborn Police Department. Together, they have participated in active shooter drills and they’ve practiced their responses to many crisis scenarios, including mass casualty situations.

“The city of Dearborn and Beaumont have benefitted from a partnership spanning many years,” said Dearborn Chief of Police Ronald Haddad. “Everyone came together for the safety of those inside the hospital that day, and the community as a whole, and we will continue to do so in the future.”

Smith added, “We pride ourselves on being extremely focused on the safety of our patients, their families and our employees in all situations. Beaumont takes these drills seriously to ensure a safe environment for our team, patients and loved ones.”The March 8 incident is under investigation by the Dearborn Police. 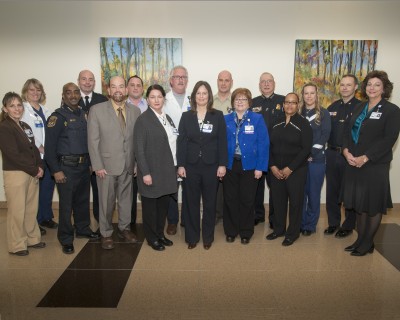 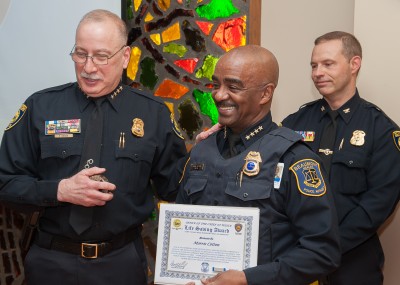 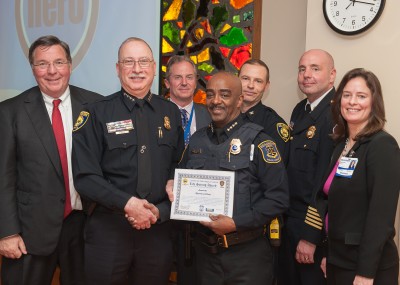 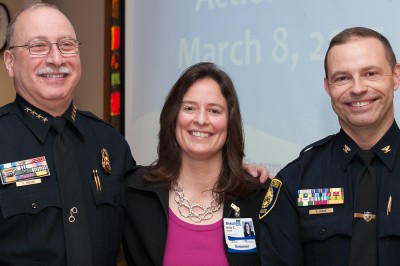