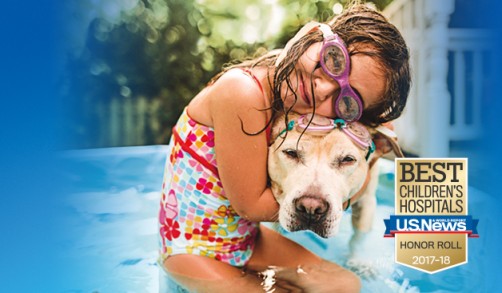 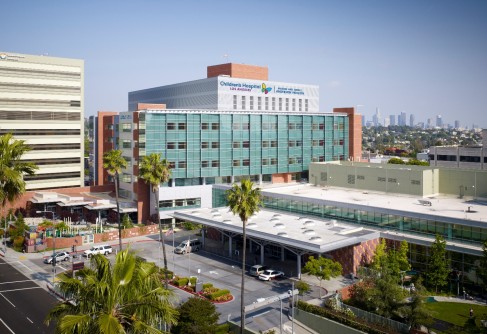 CHLA is the only pediatric hospital on the West Coast to be named to the Honor Roll this year, finishing sixth nationwide in the 2017-18 assessment of the best pediatric health care facilities in the United States. CHLA has made the Honor Roll every year since its inception nine years ago.

"This distinguished recognition reflects the collaborative efforts of our world-class physicians, nurses, researchers, technicians and clinical staff," says CHLA President and Chief Executive Officer, Paul S. Viviano. "We continually strive to provide the highest-quality care and best outcomes for the patients treated at Children’s Hospital Los Angeles and we are honored that U.S. News & World Report has once again acknowledged the work that we do to achieve our mission of creating hope and building healthier futures."

U.S. News scores children’s hospitals as a distinct group because caring for children and youth requires specialized expertise, equipment and facilities designed to meet pediatric patient care needs. Ultimately, the hospitals with the ten highest scores are placed on an Honor Roll after being assessed and ranked in 10 pediatric specialties. For the 2017-18 rankings, CHLA’s comprehensive score placed it No. 6 overall in the United States out of a field of 113 pediatric medical centers that qualified for inclusion in the survey, with seven of the hospital’s clinical specialty areas scoring in the top 10 among their peers nationally.

“The magazine’s rankings are based on an assessment of complex data from each hospital surveyed, including metrics for health outcomes, national stature, signature programs and level of expertise,” shares James Stein, MD, chief medical officer. “As a result, the Best Children’s Hospitals Honor Roll rankings are considered to be a global measure of a hospital’s ability to provide the very best care for children and a reflection of the commitment and compassion you will find here at CHLA.”

Overall, Children's Hospital Los Angeles’ equaled or improved its national ranking in eight categories compared to last year’s survey results. For 2017-18, CHLA’s programs in Orthopaedics, Gastroenterology & GI Surgery and Cardiology and Heart Surgery moved up two spots each to No. 6, No. 7 and No. 8, respectively. Diabetes and Endocrinology advanced three places to the No. 5 slot; Neonatology moved up one place to No. 6; and Neurology & Neurosurgery jumped six spots to No. 10. Cancer finished at No. 9 and Urology came at No. 16. Both Pulmonology and Nephrology each ranked 18th in the nation, with the former program gaining one place and the latter gaining six. CHLA earned top-20 recognition in each of the specialty areas evaluated.

Children’s Hospital Los Angeles has been providing high-quality pediatric care to the children of Southern California for 116 years. CHLA is also one of America's premier teaching hospitals through its affiliation with the Keck School of Medicine of the University of Southern California (USC) since 1932. CHLA is also home to The Saban Research Institute, one of the largest and most productive, freestanding pediatric research facilities in the United States. Since the 2011 opening of CHLA’s inpatient tower, the Marion and John E. Anderson Pavilion, the hospital has achieved Magnet® re-designation for nursing.

CHLA's efforts to provide innovative clinical care are complemented by the translational research performed by the hospital’s scientists, physician and nurses:

According to U.S. News, the intent of the Best Hospitals list is to help patients and families identify hospitals "suited to someone whose difficult procedure, underlying condition or other medical issue calls for an especially high level of skilled care." U.S. News collects and evaluates measures in three major categories:

U.S. News Media Group, the parent of U.S. News & World Report, announced the 2017-18 hospital rankings at 12:01 a.m. EST on Tuesday, June 27, online. Below are links that can be referenced for additional information:

About Children’s Hospital Los Angeles Children's Hospital Los Angeles is a nonprofit pediatric academic medical center that has been ranked as the best children’s hospital in California by U.S. News & World Report Honor Roll. Children’s Hospital is home to The Saban Research Institute, one of the largest and most productive pediatric research facilities in the United States. Children’s Hospital is also one of America's premier teaching hospitals through its affiliation with the Keck School of Medicine of USC since 1932. For more information, visit CHLA.org. Follow us on Facebook, LinkedIn, Instagram, Twitter and YouTube. The institution maintains two blogs for the community, with information about child health on CHLA.org/Blog and research updates on ResearCHLABlog.org.