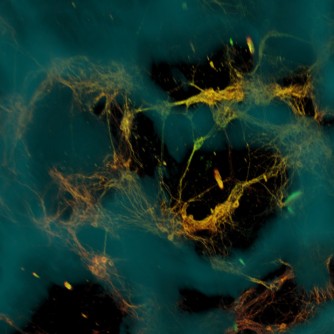 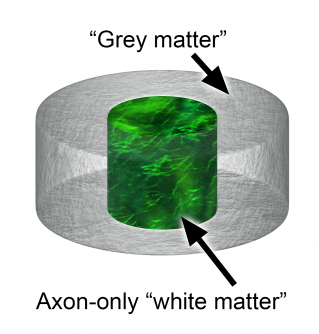 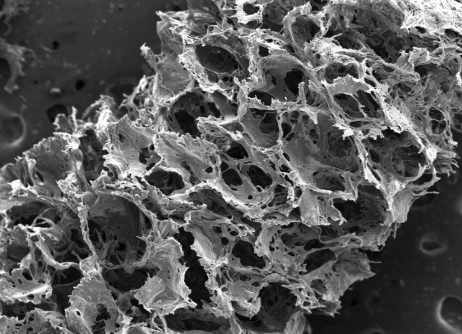 Newswise — Bioengineers have created three-dimensional brain-like tissue that functions like and has structural features similar to tissue in the rat brain and that can be kept alive in the lab for more than two months.

As a first demonstration of its potential, researchers used the brain-like tissue to study chemical and electrical changes that occur immediately following traumatic brain injury and, in a separate experiment, changes that occur in response to a drug. The tissue could provide a superior model for studying normal brain function as well as injury and disease, and could assist in the development of new treatments for brain dysfunction.

The brain-like tissue was developed at the Tissue Engineering Resource Center at Tufts University, Boston, which is funded by the National Institute of Biomedical Imaging and Bioengineering (NIBIB) to establish innovative biomaterials and tissue engineering models. David Kaplan, Ph.D., Stern Family Professor of Engineering at Tufts University is director of the center and led the research efforts to develop the tissue.

Currently, scientists grow neurons in petri dishes to study their behavior in a controllable environment. Yet neurons grown in two dimensions are unable to replicate the complex structural organization of brain tissue, which consists of segregated regions of grey and white matter. In the brain, grey matter is comprised primarily of neuron cell bodies, while white matter is made up of bundles of axons, which are the projections neurons send out to connect with one another. Because brain injuries and diseases often affect these areas differently, models are needed that exhibit grey and white matter compartmentalization.

Recently, tissue engineers have attempted to grow neurons in 3D gel environments, where they can freely establish connections in all directions. Yet these gel-based tissue models don’t live long and fail to yield robust, tissue-level function. This is because the extracellular environment is a complex matrix in which local signals establish different neighborhoods that encourage distinct cell growth and/or development and function. Simply providing the space for neurons to grow in three dimensions is not sufficient.

Now, in the Aug. 11th early online edition of the journal Proceedings of the National Academy of Sciences, a group of bioengineers report that they have successfully created functional 3D brain-like tissue that exhibits grey-white matter compartmentalization and can survive in the lab for more than two months.

“This work is an exceptional feat,” said Rosemarie Hunziker, Ph.D., program director of Tissue Engineering at NIBIB. “It combines a deep understand of brain physiology with a large and growing suite of bioengineering tools to create an environment that is both necessary and sufficient to mimic brain function.”

The key to generating the brain-like tissue was the creation of a novel composite structure that consisted of two biomaterials with different physical properties: a spongy scaffold made out of silk protein and a softer, collagen-based gel. The scaffold served as a structure onto which neurons could anchor themselves, and the gel encouraged axons to grow through it.

To achieve grey-white matter compartmentalization, the researchers cut the spongy scaffold into a donut shape and populated it with rat neurons. They then filled the middle of the donut with the collagen-based gel, which subsequently permeated the scaffold. In just a few days, the neurons formed functional networks around the pores of the scaffold, and sent longer axon projections through the center gel to connect with neurons on the opposite side of the donut. The result was a distinct white matter region (containing mostly cellular projections, the axons) formed in the center of the donut that was separate from the surrounding grey matter (where the cell bodies were concentrated).

Over a period of several weeks, the researchers conducted experiments to determine the health and function of the neurons growing in their 3D brain-like tissue and to compare them with neurons grown in a collagen gel-only environment or in a 2D dish.

Kaplan says the ability to study traumatic injury in a tissue model offers advantages over animal studies, in which measurements are delayed while the brain is being dissected and prepared for experiments.

“With the system we have, you can essentially track the tissue response to traumatic brain injury in real time,” said Kaplan. “Most importantly, you can also start to track repair and what happens over longer periods of time.”

Kaplan emphasized the importance of the brain-like tissue’s longevity for studying other brain disorders. “The fact that we can maintain this tissue for months in the lab means we can start to look at neurological diseases in ways that you can’t otherwise because you need long timeframes to study some of the key brain diseases,” he said.

Hunziker added, “Good models enable solid hypotheses that can be thoroughly tested. The hope is that use of this model could lead to an acceleration of therapies for brain dysfunction as well as offer a better way to study normal brain physiology.”

Kaplan and his team are looking into how they can make their tissue model more brain-like. In this recent report, the researchers demonstrated that they can modify their donut scaffold so that it consists of six concentric rings, each able to be populated with different types of neurons. Such an arrangement would mimic the six layers of the human brain cortex, in which different types of neurons exist.

As part of the funding agreement for the Tissue Engineering Resource Center, NIBIB requires that new technologies generated at the center be shared with the greater biomedical research community.

“We look forward to building collaborations with other labs that want to build on this tissue model,” said Kaplan.

NIBIB’s mission is to improve health by leading the development and accelerating the application of biomedical technologies. The Institute is committed to integrating the physical and engineering sciences with the life sciences to advance basic research and medical care. NIBIB supports emerging technology research and development within its internal laboratories and through grants, collaborations, and training. More information is available at the NIBIB website: http://www.nibib.nih.gov. 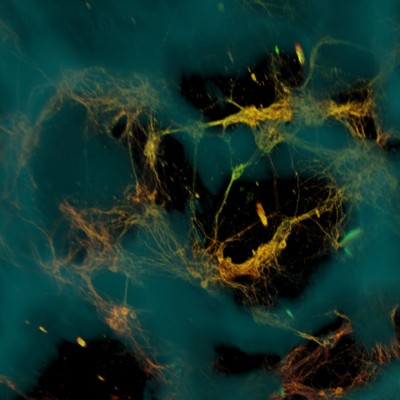 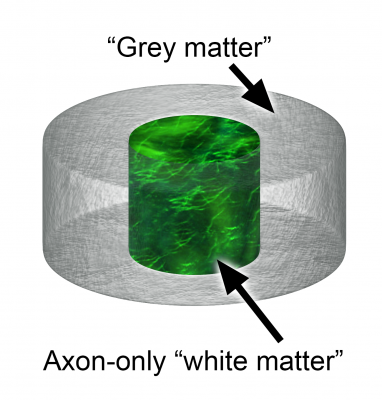 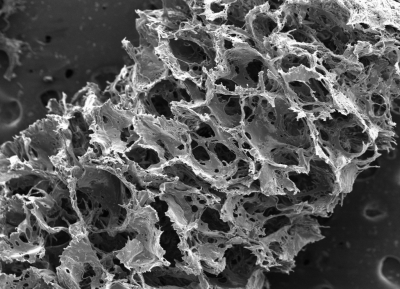 EB002520; Proceedings of the National Academy of Sciences