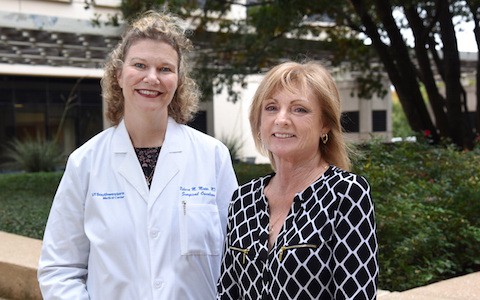 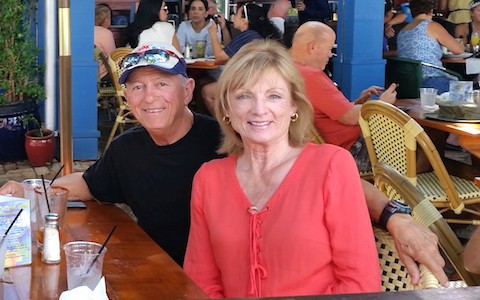 Susanne Calabrette and her husband, Joe, recently enjoyed a vacation in Key West after her surgery. 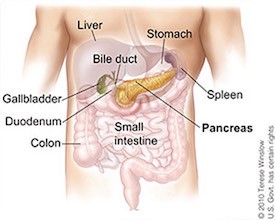 Newswise — DALLAS – February 20, 2016 – More than three decades after surviving breast cancer, Susanne Calabrette faced a second scare. In June 2016, an MRI for an unrelated condition revealed she had pancreatic cysts, giving her a chance for a pre-emptive strike against this killer cancer.

“When I was facing the biopsy, I wasn’t sure I would be here much longer,” said Mrs. Calabrette, a 70-year-old resident of Hickory Creek, Texas, north of Dallas. “Then they told me I’d won the pancreatic cancer lottery.”

Her biopsy at the Harold C. Simmons Comprehensive Cancer Center showed precancerous lesions, which did not require cancer treatment. Instead, she had extensive surgery that removed 75 percent of her pancreas and her entire spleen.

“In this case, Mrs. Calabrette had breast cancer in 1983 and an ovarian mass in 1985. She had genetic testing in 2004 and learned she had the BRCA2 gene. All of these factors raised her risk for pancreatic cancer, and contributed to our decision to biopsy her pancreas,” said Dr. Minter, who holds the Alvin Baldwin, Jr. Chair in Surgery.

The pancreas is a gland involved with digesting food and controlling blood sugar levels.

Now living without most of her pancreas, Mrs. Calabrette takes insulin shots daily and her condition is monitored through UT Southwestern’s Pancreatic Cancer Prevention program. The program includes evaluation, diagnosis, treatment, and research. Surgical oncologists like Dr. Minter work closely with gastroenterologists and the Genetics and Hereditary Cancers Program at Simmons Cancer Center to identify patients who may benefit from genetics counseling and testing.

Pancreatic cancer represents 3 percent of cancer cases diagnosed annually. Yet more people die annually from pancreatic cancer than breast cancer, an estimated 41,780 people, according to the National Cancer Institute. Five-year overall survival rates are currently 7.7 percent, in part because there are no effective methods of early detection. Pancreatic cancer is expected to be the second leading cause of cancer death by the year 2030.

“I feel very fortunate that these pancreatic cysts were found early,” said Mrs. Calabrette. “After I found out I had the BRCA gene, I changed my diet and exercised more.  Now, with this new turn of events, I am even more conscientious. Some people think it’s hooey, but I’m more careful with artificial ingredients. My diet now has more protein, less carbohydrates and I drink filtered water. I exercise more by going for walks, biking and hiking.”

She enjoys spending time with her husband Joe of 51 years, her three daughters and four grandchildren.

As a retired couple, the Calabrettes enjoy travelling and also take part in an unusual sport – hot air ballooning.

“We love the camaraderie of ballooning,” said Mrs. Calabrette. “It takes a whole crew to get a balloon off the ground. And I’m grateful to have a whole team looking out for me at UT Southwestern.”